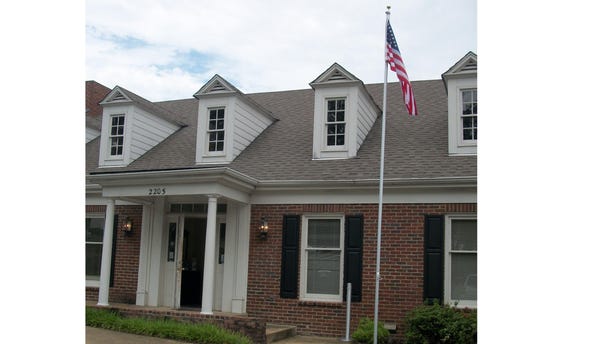 Dawn Kamin said she would expect opposition to the flying of an American flag in more liberal parts of the country – but not the suburbs of Memphis, Tenn.

Kamin said she was ordered to remove an American flag she had posted outside her optometry office.

According to a letter sent to Dr. Kamin, the flag pole and the flag violated the bylaws of the business condominium group. She was told to take down the flag or face the consequences.

Officials with Tesco Properties told Fox News Radio they would not comment on specific issues related to the flag controversy “as they should be dealt with in the appropriate manner between the parties and not through the media.”

However, a spokesman did release an email to Fox News Radio noting that the Corporate Center Condominiums, run by Tesco Properties, prominently flies two American flags.

“Placing additional flags in common areas in order to bring greater attention to a particular business is inappropriate,” the spokesman wrote. “On behalf of all owners in the park, we proudly fly two American flags in honor of those who have died for our freedom and those serving our country.”

Recently, fights between residents and homeowners' associations over the flying of the American flag have captured national headlines. While some cases centered around the illegal placement of a flag pole, not the flag itself, it remains unclear what exactly Tesco Properties is objecting to.

“Everyone is up in arms about this,” she told Fox News Radio. “They cannot believe that in Germantown, Tenn., that they would not allow us to fly the American flag.”

Kamin said she was flying the flag to honor the military.

“I have family in the military and we have really become aware of our freedoms and what our soldiers do for us,” she said. “It’s not tacky. It’s just out of respect for our military and the wonderful country that we have the privilege of living in.”

Kamin demanded to see the business condominium’s bylaws, but she said so far Tesco Properties has not complied.

“They didn’t give me anything in writing,” she said. “All they gave me were threats.”

She said the condo association told her that if the flag was not removed by August 22, they would remove it and she would be required to cover the costs. Kamin said that’s not going to happen – and now she’s got an attorney.

“I intend on flying it as long as I possibly can,” she said.

For more on this story, visit Fox News Radio.