Boulder grocery massacre leaves 10 dead including cop, suspect in custody
Ten people were killed, including a veteran police officer, during a mass shooting Monday inside a grocery store in Boulder, Colo., authorities said at a late press conference. 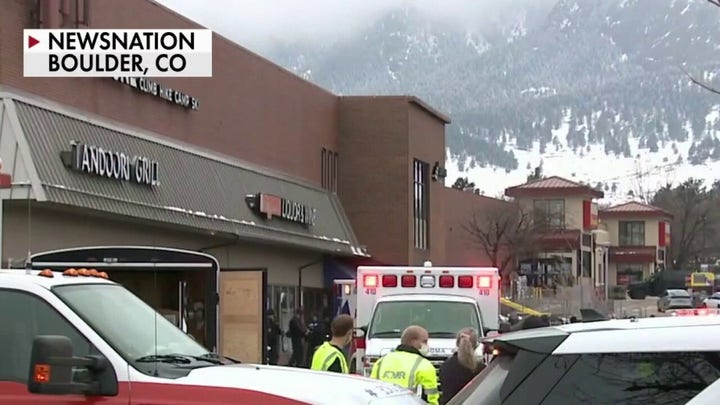 The officer was identified as Eric Talley, 51, who served on the force since 2010. He was the first officer at King Soopers, the crime scene, after the shooting occurred at about 2:30 p.m. His actions were called heroic.

Talley was the father of seven, his youngest seven years old, his father told the Denver Channel.

"He loved his kids and his family more than anything," his father said.

The suspect, who was not identified, is receiving medical treatment. Officers had escorted a shirtless man with blood running down his leg out of the store in handcuffs but authorities would not say if he was the suspect.

Identities of the other nine victims were not disclosed as police were still notifying their family members.

Authorities said that they are working to compile evidence. Several state and county law enforcement agencies were assisting Boulder police as well as the Bureau of Alcohol, Tobacco, Firearms and Explosives. CLICK HERE FOR MORE ON OUR TOP STORY.

Photos of crowded migrant holding center in Texas released by Democratic congressman
Photos of migrants in a crowded border facility in Donna, Texas, were released Monday by the office of Rep. Henry Cuellar, D-Texas, as the Biden administration limits media access to the southwestern border. 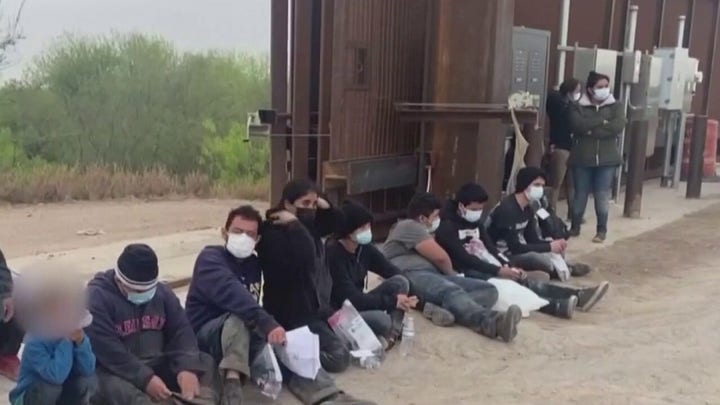 The migrants, who are in clear pens akin to cages, are seen sleeping on pads on the floor with aluminum blankets. In some instances, it appears that dozens are sharing individual pens. Most appear to be wearing masks.

Amid a significant surge of migrants to the southern border in President Biden's first two months, some in the media have complained about a lack of access to facilities like the one in Donna.

"I respectfully ask US Customs and Border Protection to stop blocking media access to their border operations," award-winning photojournalist John Moore tweeted Friday. "I have photographed CBP under Bush, Obama and Trump but now - zero access is granted to media. These long-lens images taken from the Mexican side."

He added: "There’s no modern precedent for a full physical ban on media access to CBP border operations."

The White House has said that it is limiting media access to border facilities in order to prevent the spread of the coronavirus. White House press secretary Jen Psaki said on Monday that the Biden administration is aiming to finalize details on how the media can access border facilities like the one in Donna, Texas. CLICK HERE FOR MORE.

In other developments:
- Candace Owens says border crisis is really a 'border plan' by Dems
- Border crisis: Biden now tells migrants 'Don't come' but had a different message in a 2019 debate
- Kamala Harris laughs after reporter asks if she plans to visit border: 'Not today!'
- Border Patrol in Rio Grande Valley releasing illegal crossers into US without court date

Arkansas’ Republican Gov. says he only signed abortion bill as a ‘direct challenge’ to Roe v. Wade
Republican Arkansas Gov. Asa Hutchinson said over the weekend that he signed a sweeping anti-abortion bill into law earlier this month with the sole purpose of setting into motion a review of the landmark Roe v. Wade case. 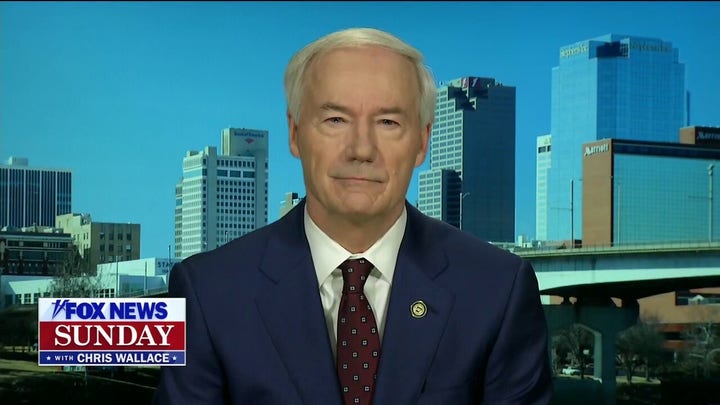 During an interview with CNN's State of the Union, Hutchinson confirmed that the "whole design of the law" was to overturn the Supreme Court’s current case law.

"And so I signed it because it is a direct challenge to Roe vs. Wade. That was the intent of it," Hutchinson said. "I think there's a very narrow chance that the Supreme Court will accept that case, but we will see.

The makeup of the Supreme Court is conservative leaning after President Donald Trump successfully appointed three Justices to the bench. The ideological tilt skews 6-3 in favor of conservatives.

As previously reported by Fox News, Hutchinson signed the far-reaching anti-abortion bill into law earlier this month, acknowledging at the time that it flew in the face of "binding precedents of the U.S. Supreme Court." CLICK HERE FOR MORE.

TODAY'S MUST-READS:
- Evanston, Illinois first in US to pay reparations to Black residents
- Tucker asks Noem if she is 'caving to the NCAA' over bill banning transgender women from girls' sports
- Biden regularly consults with Barack Obama on a 'range of issues', Psaki says
- A second House Democrat objects to overturning Iowa congressional election GOP won by six votes 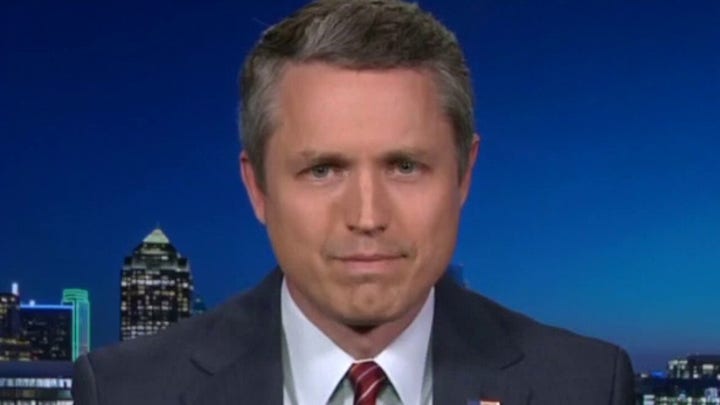 "The problem with what he (Biden) did in February is he basically acted like a dictator – we’re a nation of laws here, Laura as you well know – and you can’t just come into office and arbitrarily and capriciously change lawfully emplaced laws of the previous administration," Harrison said. "See, he left our Title 42 laws in place – he’s talking out of both sides of his mouth."