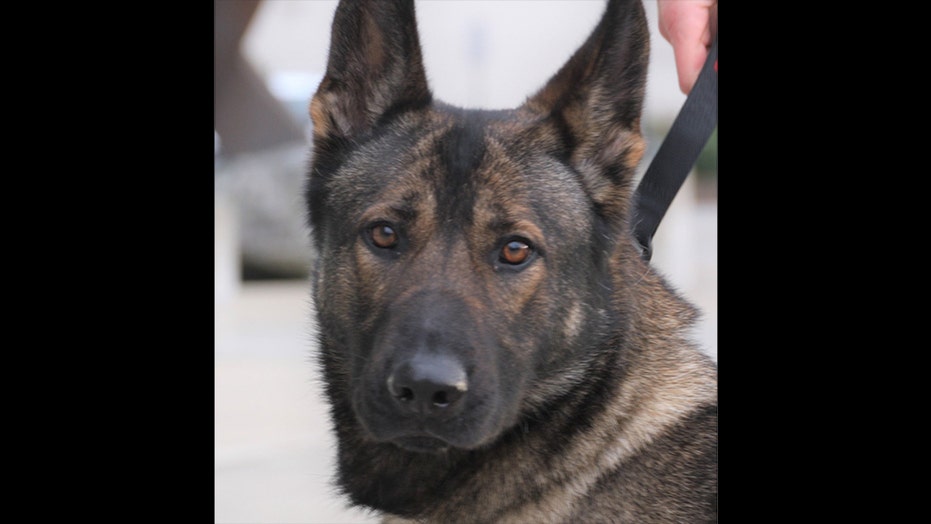 A Tacoma, Wash., police K9 died in the line of duty early Thursday morning due to injuries suffered during the pursuit of an armed homicide suspect, who also was wounded in the shootout, police said.

Ronja, a 2-year-old German shepherd, and her partner, officer Jennifer Syler, responded after officers spotted the suspect driving at around 1:20 a.m.

He fled until he crashed his vehicle, then took off on foot. During the chase, police said officers and the suspect exchanged gunfire.

Both the suspect and Ronja sustained gunshot wounds, and at least one officer suffered minor injuries, Seattle-based Q13 Fox reported. The K9 later died from her wounds.

The suspect is accused of being involved in a homicide just hours before the shootout. He was taken to the hospital in critical condition.

“She sacrificed herself to save the life of her partner and her fellow officers,” the Tacoma Police Department said. “Her death is heartbreaking for her handler, our department and all those in the community who came to know her.”

“She was a very special dog & had a remarkable bond w/ her partner,” the department wrote.

Ronja was bred in the Czech Republic, where her name means “Bringing Victory.” Tacoma police selected her for service because her “work ethic and tenacity stood out above the rest” of the breeder’s dogs, authorities said.

She served with the Tacoma Police Department for eight months, where caught a number of burglary suspects, and helped recover laptops stolen from a Boys & Girls Club.

“To us, Ronja will forever mean bringing valor,” the department said in a statement. “And for that we are eternally grateful.