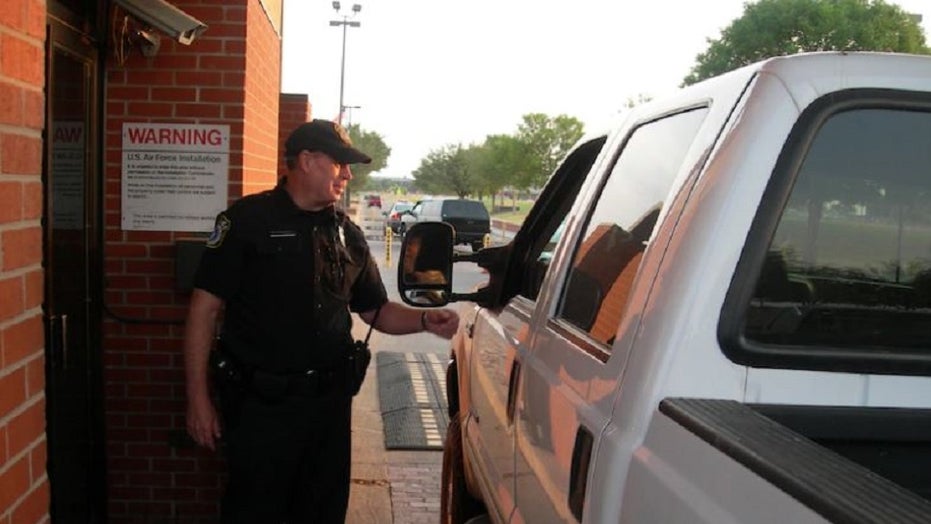 A Texas Air Force base shut down one of its entrances for several hours Monday after a bomb-sniffing dog alerted authorities to a suspicious package inside a commercial truck, officials said.

The south gate at the Goodfellow Air Force Base in San Angelo, 205 miles northwest of Austin, was closed just after 12 p.m. out of "an abundance of caution," base officials told Fox News.

The military working dog alerted authorities to the package, which was inside a commercial vehicle entering the installation. It was not clear what was inside.

The San Angelo Police Department warned residents to avoid the area around the base's south gate because of police activity. The north gate was re-opened around 5 p.m