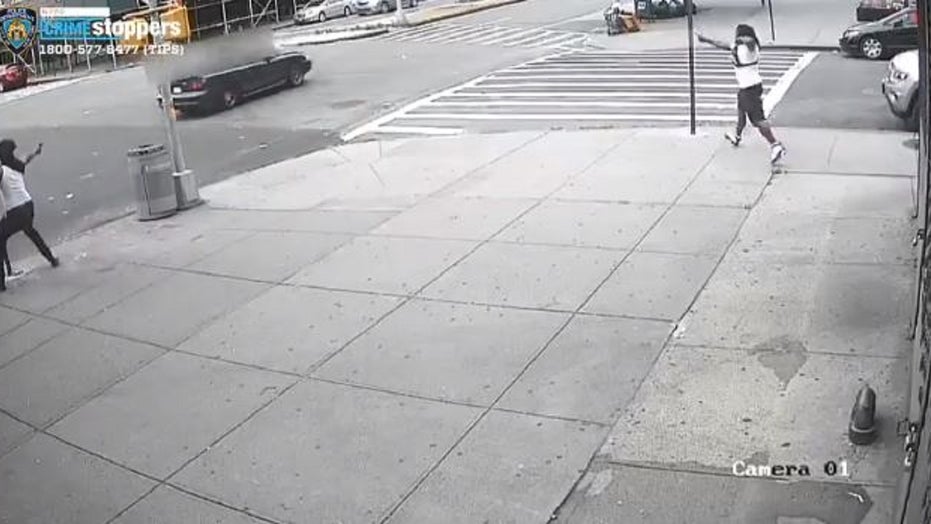 A pair of gunmen are being sought in New York City after they were caught firing at a green Mustang in broad daylight over the weekend.

Video surveillance footage released by the New York Police Department recorded two men opening fire near 142nd Street and Lenox Avenue on a Ford Mustang, which was speeding down the street at about 7:10 a.m. Sunday.

The pair are apparently seen running to get into position to fire as the muscle car speeds by. They opened fire and fled in a silver sedan, the NYPD said.

It was not clear if anyone was injured by the gunfire. The shooting occurred during a violent weekend in the city in which several people were shot.

Like other major cities, gun violence has spiked in New York. Last week, the city surpassed the total number of shooting victims for all of 2019, according to figures provided to FOX News.