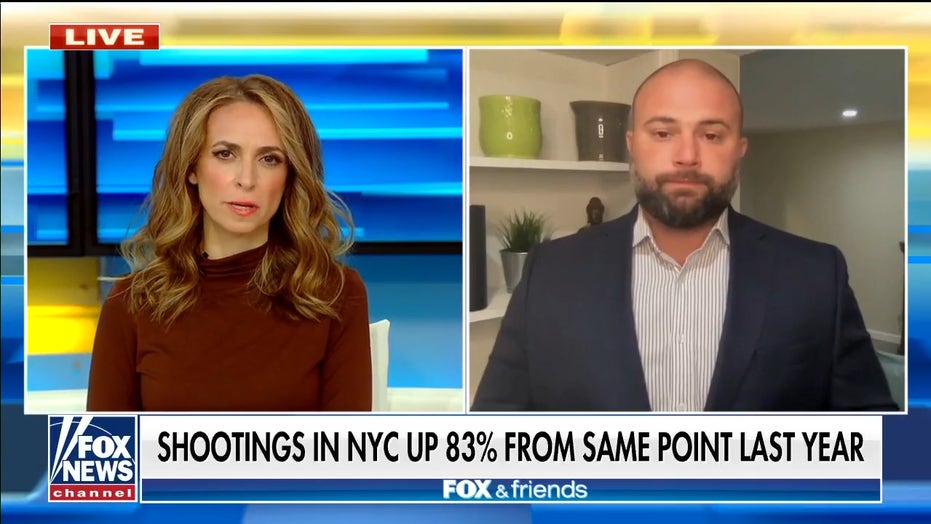 The suspected gunman who allegedly wounded three people in Times Square — including a 4-year-old girl — is a career criminal with a lengthy rap sheet, sources familiar with the cases told The Post.

Farrakhan Muhammad, 31, who remains on the loose, has a criminal record dating to 2007, including two felony robbery arrests and a 2012 bust where cops seized a 12-gauge shotgun, a 22-caliber handgun, and body armor, according to sources.

According to the sources, Muhammad’s first arrest was in January 2007, when he was picked up on a robbery charge for allegedly stealing a victim’s cellphone in Brooklyn.

In November 2009, Muhammad was hit with another robbery charge for allegedly grabbing a woman’s bag while she was loading up a car — with him and a second suspect fleeing the scene, sources said.

His other busts include turnstile jumping and aggravated harassment, the sources said.

Most of the cases were later sealed, and the outcomes were not immediately known.

In total, Muhammad was arrested at least nine times — most recently on an assault charge on March 14 last year for allegedly grabbing a man by the neck and throwing him into a garbage can at 51st Street and Seventh Avenue, a high-ranking police source said.

The outcome of that case was also not immediately available Monday.

Muhammad, an illegal CD peddler, was identified by his brother as the alleged gunman who opened fire at the Crossroads of the World on Saturday and injured three people — among them a 4-year-old Brooklyn girl, police said.

'I HAVE A BABY MYSELF': HERO COP RECALLS DASH WITH WOUNDED TIMES SQUARE GIRL

Muhammad was allegedly aiming for his brother when he pulled the trigger — with the sibling later dropping a dime on the shooter, sources told The Post this weekend.

One bullet from the 5 p.m. shooting struck the leg of 4-year-old Skye Martinez, who had been toy shopping with her family at the time.

Dramatic footage from the scene shows NYPD Officer Alyssa Vogel picking up the wounded youngster and clutching her in her arms while she made a frantic dash for an ambulance.

Vogel, the mother of a 6-month-old boy, told The Post she tried to console Skye’s mom during the ordeal, telling her, "I have a baby myself."

"I kept telling her to breathe and that her daughter was going to be OK," Vogel said. "I kept trying to calm her down because she was obviously very scared."

Skye was taken to Bellevue Hospital, where she was treated for non-life-threatening injuries. The two other shooting victims also survived.