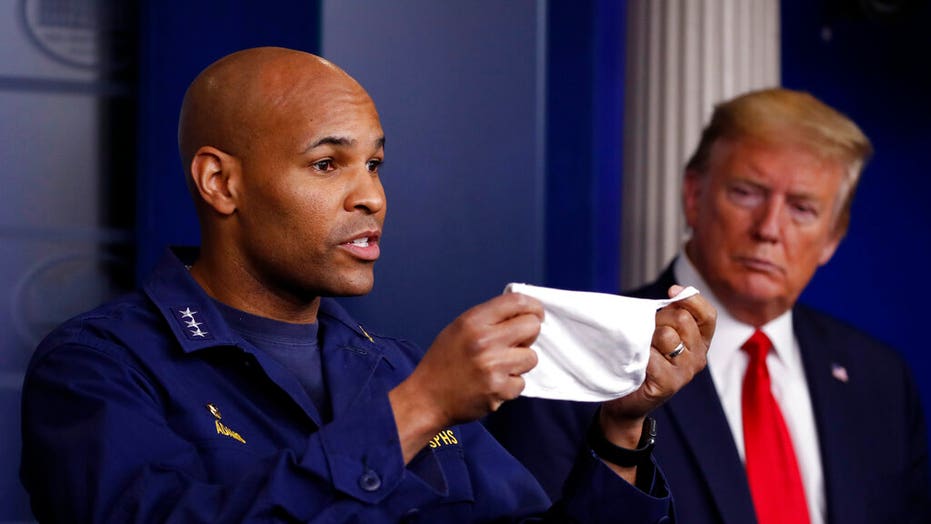 U.S. Surgeon General Jerome Adams will fight a misdemeanor charge in Hawaii after he was accused of breaking COVID-19 guidelines while visiting the state to help deal with the coronavirus.

Adams traveled in August to Oahu to assist with surge testing as cases spiked. A Honolulu police officer cited him for sightseeing in a closed park with an aide and at least one other man in violation of a local emergency order.

Attorney Michael Green told the judge Wednesday that his client would plead not guilty, but the judge said the plea could not be entered until the surgeon general decided whether he would waive his right to a jury trial.

Green told the court that Adams would not waive that right.

Adams explained his visit to the officer and said he didn't know parks were closed. At the time, Honolulu Mayor Kirk Caldwell had shuttered them to prevent crowds from gathering.

In this April 22, photo President Trump watches as U.S. Surgeon General Jerome Adams holds up his face mask at a coronavirus briefing in the White House. Adams was cited for being in a closed Hawaii park in August while in the islands helping with surge testing amid a spike in coronavirus cases. (AP Photo/Alex Brandon, File)

“During his visit to Oahu, the surgeon general was cited for accidentally violating the mayor’s emergency order, due to his misunderstanding of the law,” Smith said at the time. “He has not asked for, nor has he received, any special treatment in connection with this citation, and will respond to it appropriately.”

Violating the COVID-19 orders is punishable as a misdemeanor, with fines of up to $5,000, up to a year in jail, or both.

Days after the citation, Adams appeared alongside Caldwell to announce federal assistance for surge testing in the city.

Separately, the surgeon general made an appeal to the public Wednesday urging Americans to wear face masks when social distancing is not possible.