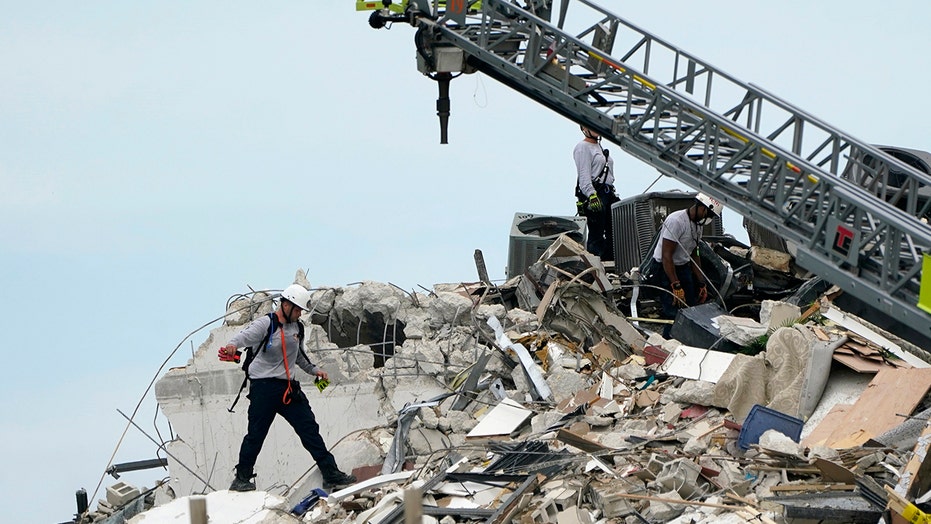 Seventy-one of the 90 victims have been identified, with notice given to their families, officials said, while 31 people remain unaccounted for.

"It's also important to stress as we have before that we can only, truly account for a missing person who is deceased once the identification is made," says Cava.

On Saturday night, families of Surfside victims, along with first responders and members of the Israeli Defense Forces team assisting with the effort, joined together for a memorial walk on Collins Avenue. The walk commemorated, gave thanks and recognized "the enormous tragedy and extraordinary efforts" of all those who have worked together to contribute to rescue efforts.

Cava further emphasized the support of the Israeli team and presented keys to the county "in recognition of their unrelenting dedication and passionate service to our community" to the Israeli commander and colonel. The Miami-Dade Fire Rescue presented them with badges, as well.

The team departed Saturday and Sunday after a sendoff.

Since June 24 the world has continued to mourn with Miami and the victims of the Surfside collapse. The recovery team has removed millions of pounds of concrete and debris since its collapse.

A family's cat was found alive during recovery efforts last week after more than two weeks.

Recovery efforts will continue until the 31 who remain unaccounted for are found.