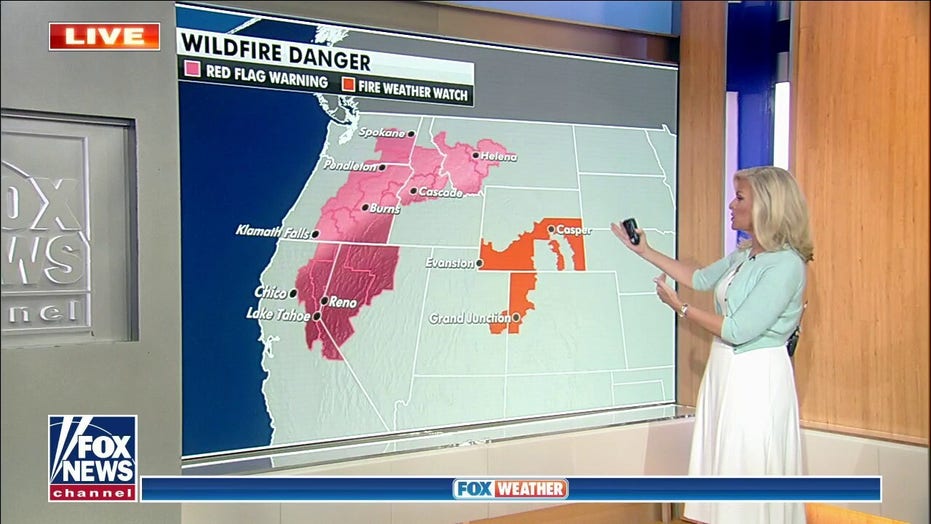 The heaviest rain across the Southeast coast has moved offshore Thursday from the Carolinas into the Atlantic, but a few more storms over the Florida Panhandle may cause localized flooding.

Pop-up storms will also be possible along the Gulf Coast and the Northeast coast through the day.

Excessive Heat Warnings and Heat Advisories will remain in effect across the interior Northwest, desert Southwest and into Southern California.

An increased threat for wildfires will spread from the Great Basin to the interior Northwest due to dry and hot conditions along with lightning.

Smoke from ongoing fires still has air quality alerts in effect for the northern Rockies and upper Midwest.

It’s mostly quiet in the Atlantic in terms of the tropics, with just one disturbance off the coast of Africa that has a small chance of development. But forecasters are still expecting an above-average season to continue.

Historically, we see a major increase in tropical activity from mid-August through October, when the majority of storms and hurricanes form.