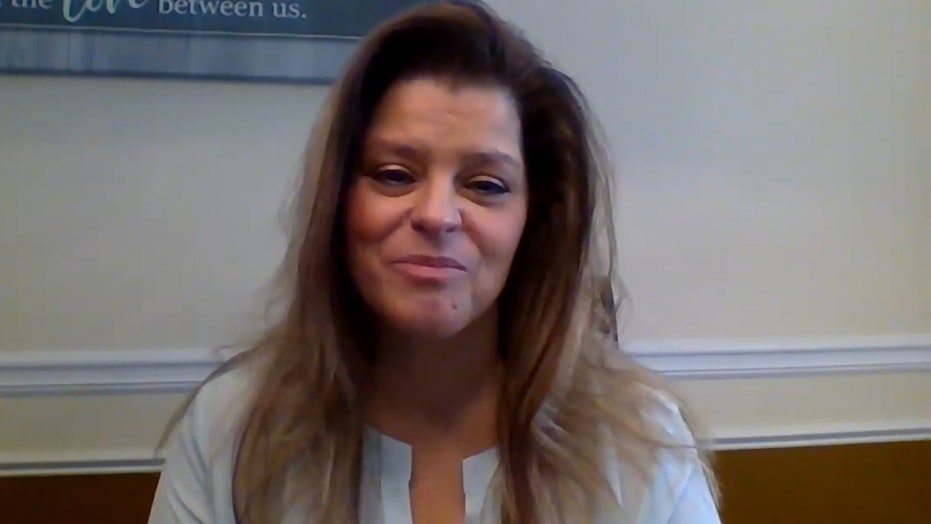 Melissa Rolfe talks with Fox News about how she lost her job immediately after her stepson was criminally charged with Rayshard Brooks’ death.

Melissa Rolfe says she was fired from her job in a "political move" because her stepson is ex-Atlanta police officer Garrett Rolfe.

In an interview Tuesday with Fox News, Melissa Rolfe spoke in detail about what happened after Garrett Rolfe was criminally charged for the fatal shooting of Rayshard Brooks on June 12 -- which fueled protests against police brutality that already were erupting over the death of George Floyd. Apart from the ongoing criminal case, Melissa Rolfe lost her job on June 18 as the human resources director of Equity Prime Mortgage in Atlanta. While the company has said this was due to creating "a hostile work environment," Melissa Rolfe maintains she was fired because of her relationship to her stepson.

"It was a political move," said Rolfe, who has firmly stood by her stepson and said the "war on police officers" must end.

Melissa Rolfe started at Equity Prime Morgage in Atlanta in February as the human resources director for the company's nearly 400 nationwide employees, she said.

Immediately after Brooks' death, which garnered national attention and sparked more outcry from Black Lives Matter activists, Rolfe was assured she had the company's support. Equity Prime Mortgage's president Eddy Perez called and offered Rolfe six to eight weeks of paid time off so she could be with her family, Rolfe said.

But the company support quickly evaporated on June 18, a day after a Georgia District attorney slapped Garrett Rolfe with 11 charges, including felony murder, which could potentially lead to the death penalty. (A second officer, Devin Brosnan, is facing three charges, including aggravated assault.)

After Melissa Rolfe and her husband had just dropped off their son at the attorney's office to turn himself into the authorities, Melissa had a 56-second call with her direct manager. Equity Prime Mortgage was terminating her immediately and didn't provide any reason. Her boss offered to pack up and ship her belongings from her office in Atlanta and then the conversation abruptly ended, she said.

As Fox News' "Tucker Carlson Tonight" reported June 19 about her abrupt dismissal, Equity Prime Mortgage put out a statement of reasons for the firing that shocked Melissa Rolfe.

Equity said Rolfe was sacked for violating company policy and creating an uncomfortable working environment for fellow employees. The company said it values “diversity of thought” but “when those views create a hostile working environment, we must make difficult decisions and part ways.”

Rolfe was "stunned" at the allegation, especially since she hadn't been in the office since Brooks' death. And as the HR director, she's well versed on company policies and maintains she did nothing improper.

"It was such false statements about me. Nothing was true," Rolfe said.

"When I would speak with my direct manager and with the president, I was being assured that everything was fine in the office, continually through the phone calls and text messages that I was receiving," Rolfe said. "Everything's fine. My job was fine. Don't worry about it. We're not getting any negative feedback. So I was very surprised at how I was able to create a hostile work environment. I hadn't been back."

Equity Prime Mortgage told Fox News Tuesday "we have no further comment on the matter."

Rolfe was an at-will employee. A lawyer for Rolfe said Equity Prime Mortgage had a right under Georgia law to terminate her at any time, even if it was for the arbitrary reason she is Garrett Rolfe's stepmom. But they intend to file a lawsuit against the company alleging they defamed her by putting out a false statement to the public about her termination.

Rolfe suspects the company may have targeted her for Facebook postings where she stood by Garrett and reached out to a local politician, Marjorie Greene, who has been outspoken on backing the blue.

On Melissa's Facebook page she's posted pictures and notes backing her son's innocence and standing up for police officers, which have been the target of nationwide protests in the wake of Floyd's death.

Rolfe has posted pictures of Garrett in uniform saying "I stand with Officer Rolfe" and promoted the Georgia Law Enforcement Organization's fundraising page for Garrett's legal defense fund, which calls the shooting "justified." On the afternoon of June 18, she spoke out in support of the wave of officers calling out sick in the Atlanta Police Department, saying "Blue Flu must continue and grow until Officer Garrett Rolfe is released on bond!!"

Rolfe also reached out to Greene, who is vying to become the next congresswoman for Georgia's 14th Congressional District. "Our family has been completely devastated by all of this nonsense," Rolfe wrote in thanking Greene for her pro-law enforcement positions.

Rolfe says nothing she did was a fireable offense and has not gotten any guidance from her former employer about what exactly they had an issue with.

"We've heard rumors that it was due to a Facebook post," Rolfe said. "We heard the rumor that it was because I reached out to our future Congresswoman Marjorie Greene, which I absolutely have the right to do. But again, they've not said anything so I don't know what their exact position is."

The company president, Perez, told Rolfe that some of the security guards in the Atlanta office were upset with her and were making statements, she said.

"Supposedly the statement was 'did you know your HR director's son killed one of our brothers,'" Rolfe said the president told her. "I was flabbergasted."

Though she lost her job, Rolfe said her husband still has full-time employment and they've been fortunate to have gotten donations to cover Garrett's legal defense fund.

She said she would like to work again in HR, but has no interest in going back to Equity Prime Mortgage because of how they treated her.

"I do not want that job back," Rolfe said. "I've lost total confidence with that company. I wouldn't feel safe at that company anymore. They have completely defamed me." 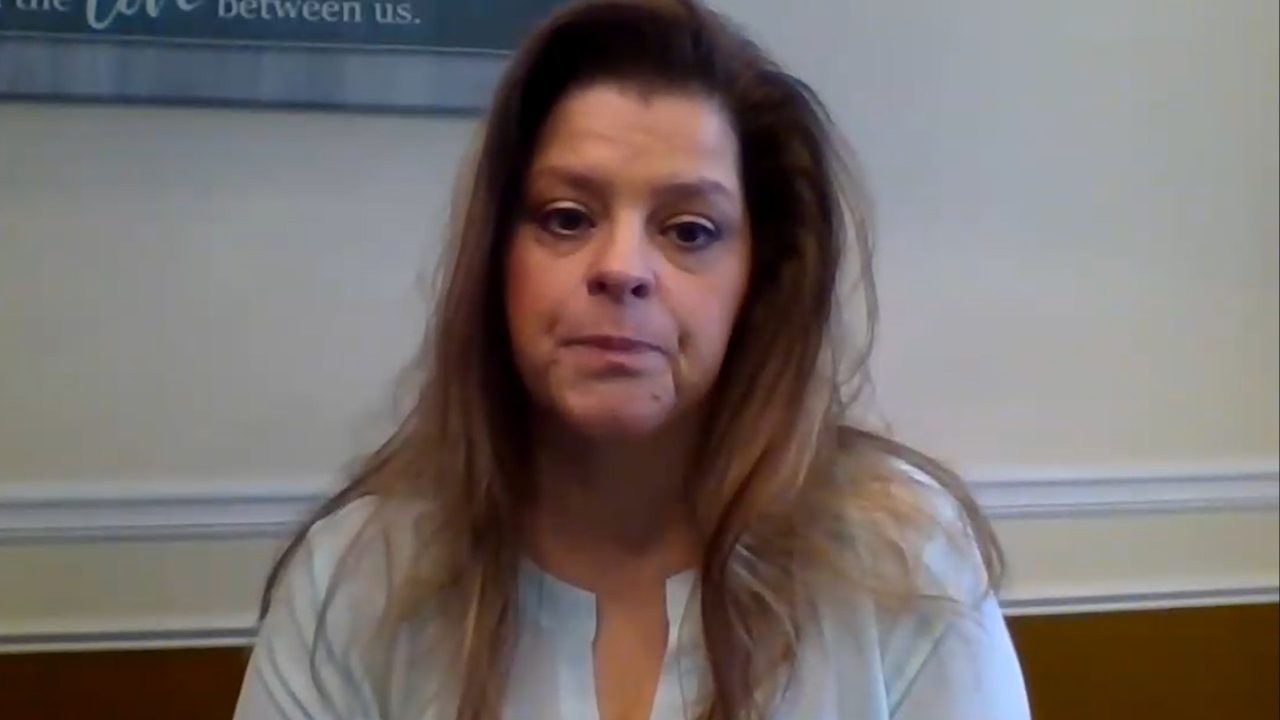 Police body-camera video showed Brooks, 27, and officers having a calm and cooperative conversation for more than 40 minutes. A struggle erupted when police tried to handcuff Brooks for being intoxicated behind the wheel of his car at a Wendy’s drive-thru. Brooks grabbed a stun gun from one of the officers and fired it in their direction as he tried to flee. Rolfe, in pursuit, opened fire with a handgun. Brooks died after he was shot twice in the back.

"We've concluded, at the time Mr. Brooks was shot, that he did not pose an immediate threat of death or serious physical injury to the officer or officers," Howard said at the news conference.

Lawyers for Rolfe said he used permissible force as he feared for his safety and those of the civilians around him.

Melissa Rolfe said she's focused now on proving her stepson's innocence. Garrett's charges came in the wake of nationwide disgust with then-Minneapolis police officer Derek Chauvin, who was videotaped kneeling on Floyd's neck. Activists took to the streets demanding racial justice and defunding the police. Politicians have come under pressure to act.

Rolfe said her son is being unfairly lumped into the same category as Chauvin, even though the circumstances are different.

"I would say withhold your judgment...Let the truth come out," said Rolfe, who believes Garrett will eventually be exonerated.

"I feel like it was bad timing all the way around," Rolfe said, citing the unrest and protests in Atlanta and nationwide. "We have a horrible war on police officers, and it needs to end."

She urges people to stand with the police, thank them for their service and buy them a meal if they can.

"We're trying to pass that along because this movement is so much bigger than just Garrett," Rolfe said. "We would really like to get the word out to say thank you to a police officer."