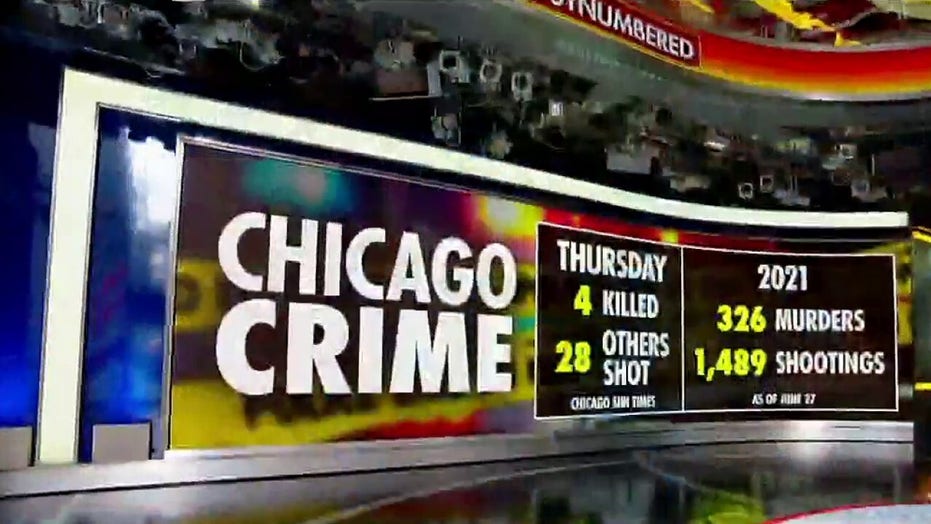 'Outnumbered' panel discusses a rise in violent crime in Chicago that resulted in a number of young children's deaths.

ST. LOUIS — Police in St. Louis say four children in the city have been wounded in shootings that took place over an 8-hour period.

The first shooting happened around 4 p.m. Thursday blocks from the riverfront between the Marine Villa and Mt. Pleasant neighborhoods, television station KMOV reported.

About three hours later and several blocks southwest, a 13-year-old boy was shot in the hip, police said. Then, shortly after midnight, a 14-year-old boy sitting on his bed was shot when a bullet came through his wall, investigators said.

All four children are expected to survive their injuries, authorities said. Over the same eight hours, four adults were shot, three of them fatally, in St. Louis, police said.