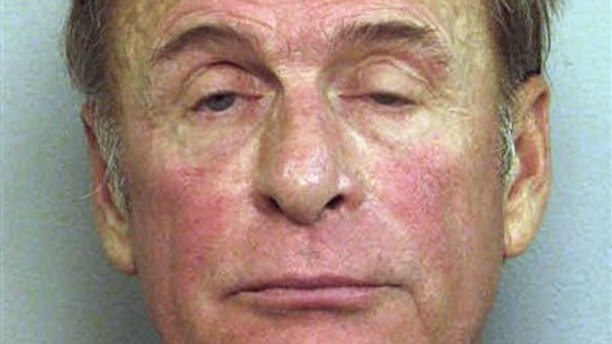 The sponsor of the law that made it legal to carry a gun into bars in Tennessee is facing charges of possession of a handgun while under the influence and drunken driving.

Rep. Curry Todd, a Collierville Republican, was pulled over in Nashville late Tuesday, according to court documents. Police said he failed a roadside sobriety test and refused to take a Breathalyzer test. A loaded .38-caliber gun was found in a holster stuffed between the driver's seat and center console.

A police affidavit said Todd was unsteady on his feet, "almost falling down at times." Officers concluded that Todd was "obviously very impaired and not in any condition to be carrying a loaded handgun."

Todd posted bail of $3,000 and was released from jail Wednesday morning. Later in the day, he released a statement saying "I am deeply sorry for the events of last evening." He said his attorney had advised him to make no further public comments about his arrest.

Todd told officers that he had consumed two drinks when he was pulled over, according to the affidavit.

As a former Memphis police officer, Todd isn't required to have to have a permit to carry a gun in public, but state records show he has one anyway.

State law makes it a misdemeanor for anyone to consume alcohol while carrying a firearm in public, and those who violate that law are subject to losing their permits for three years.

House Majority Leader Gerald McCormick, R-Chattanooga, said it's too soon to say whether Todd will be stripped of his chairmanship of the House State and Local Government Committee.

McCormick said in a press conference that he had spoken briefly with Todd to tell his colleague he was "praying for him and being supportive of him on a personal basis."

McCormick said the arrest doesn't change his views about the guns in bars law.

"It's a bad idea to drink and carry a gun, obviously," he said. "I don't know the details of what happened with Rep. Todd last night, but I think he would agree me."

Court documents don't indicate whether Todd had been drinking at a bar.

Todd sponsored a 2009 bill to let people with handgun carry permits take their weapons into businesses that serve alcohol, provided they don't drink. Although police and prosecutors spoke out against it, the measure passed and easily survived a veto from former Democratic Gov. Phil Bredesen.

A judge later declared the law unconstitutionally vague but the Legislature addressed those issues in a new version that became a law last year.

During the debate over the bill in 2009, Todd assured lawmakers that gun permit holders would be careful about not violating the ban on drinking in bars or restaurants while carrying a gun.

Faith and Don Peters were leaving a Lowe's home improvement store on Wednesday when they heard about Todd's arrest. Both retired Republicans agreed that Todd should be treated like any other citizen who gets in trouble.

citizen, especially if you serve as an example to the community," Faith Peters said.

Outside the same store, real estate appraiser Terry Smith, who said he played high school basketball with Todd in the 1960s, was saddened to hear of the charges.

Todd is known for occasional flashes of a temper. After Bredesen vetoed the original version of the guns in bars bill, Todd said: "I want to tell you what the governor can do with that piece of paper he just sent."

Todd also drew national attention last year for saying in a committee hearing that illegal immigrants can "go out there like rats and multiply" after hearing that federal law requires the state to extend prenatal care to women regardless of their citizenship status because all children born in the U.S. are citizens.

Todd initially acknowledged that he used the wrong words and that he meant to say "anchor babies" -- itself a term many consider offensive -- but refused to apologize for the original remark.

Todd later changed course and said he would "apologize if the comment offended anyone."