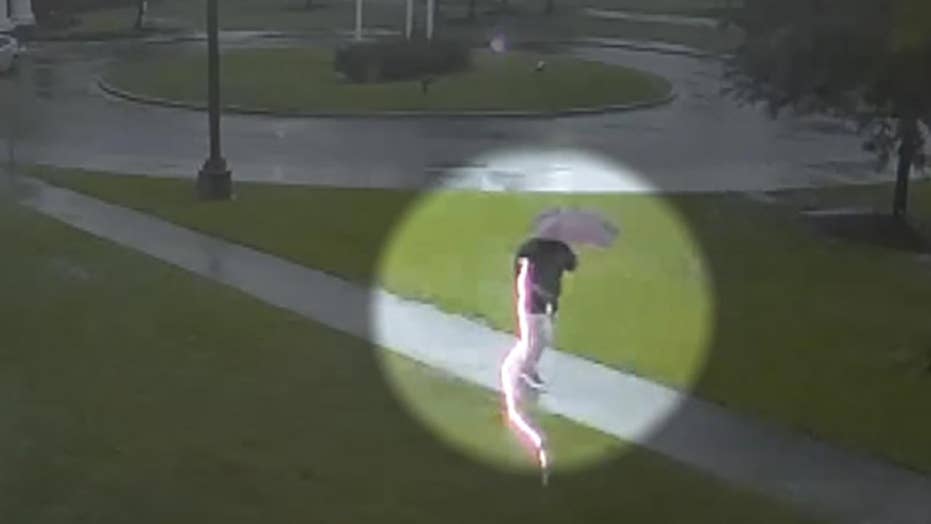 A South Carolina school counselor was caught on surveillance video narrowly escaping danger after nearly being struck by lightning on campus last week.

Romulus McNeill, a counselor at the Academy for Technology and Academics in Conway, was walking across campus to get to his car while carrying an umbrella on Thursday when he was nearly hit during a storm.

Before he walked out, while others were debating whether to wait for the storm to pass, McNeil "took a chance" and said "I hope I don't get struck by lightning," he told WMBF. It nearly happened.

Released security footage shows McNeil walking across a sidewalk when lightning strikes right beside him. Alarmed, McNeil seemingly jumps up and drops his umbrella, before picking it up and quickly walking off.

“I felt a shock,” McNeill said. “It was just kind of insane for it to happen like that. I was just trying to get home and get something to eat.”

He wrote on Facebook Friday that the footage shows his "crazy experience with lightning," and added he's super "thankful to have been able to motor scoot out of there without major [injuries.]"