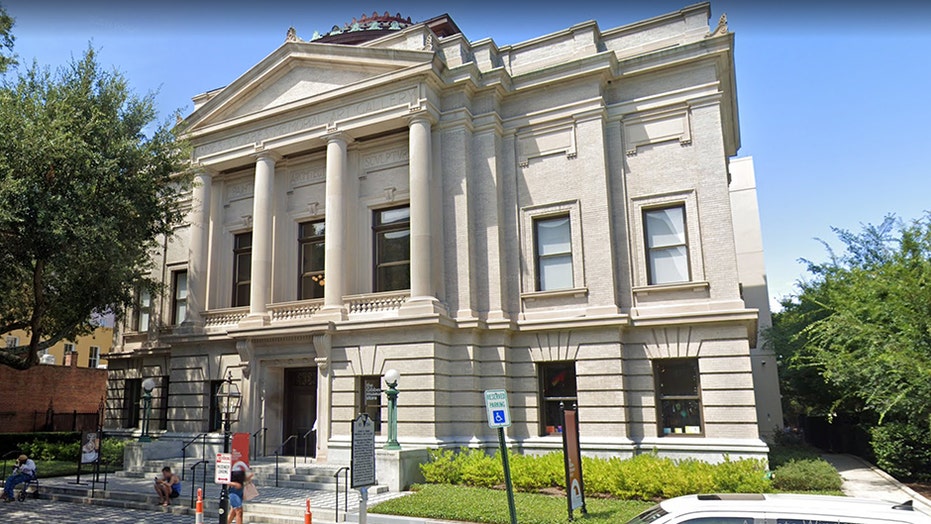 A South Carolina arts museum has pulled a controversial line of jewelry named after Black victims of police brutality after critics accused the creators of turning Black trauma into a commodity.

The collection, titled “Wear Their Names", was originally scheduled to be sold at the Gibbes Museum of Art in Charleston, S.C. It featured jewelry “made out of shattered glass” from windows smashed during Black Lives Matter protests in the city earlier this year.

The Gibbes Museum of Art, located in Charleston, S.C.

The pieces are named after victims of police brutality. A necklace named “The Breonna,” for Breonna Taylor, was priced at $240. Another necklace, named “The Elijah,” for Elijah McClain went for $480, and a pair of earrings called The Trayvon, after Trayvon Martin, were priced at $45.

Paul Chelmis and Jing Wang, the couple who created the line, told local media they “wanted to make something beautiful out of the rubble” of the protests, and intended to give the profits to charity. But many activists found the line distasteful, with one person comparing it to a slave auction.

“[I]s it just me, or is naming each accessory after victims of police brutality & then pricing them differently giving...slave auction-ey vibes???” wrote Sophie Ming, an 18-year-old Black activist, on Twitter. “It’s as if the name attached to the product determines the monetary value of each life. That’s what I’m getting, it’s disturbing.”

Chelmis and Wang have shut down the collection’s website and the Gibbes Museum has reversed its decision to sell the jewelry.

“In light of recent discussions, The Gibbes Museum Store is halting the upcoming sale of Shan Shui’s ‘Wear Their Names’ jewelry line,” the museum said in a statement. "The feedback we received from our community was enlightening and appreciated. It has also deepened our perspective in regards to future store merchandise. We apologize to anyone who was hurt by this and will continue to listen and learn from our community.”