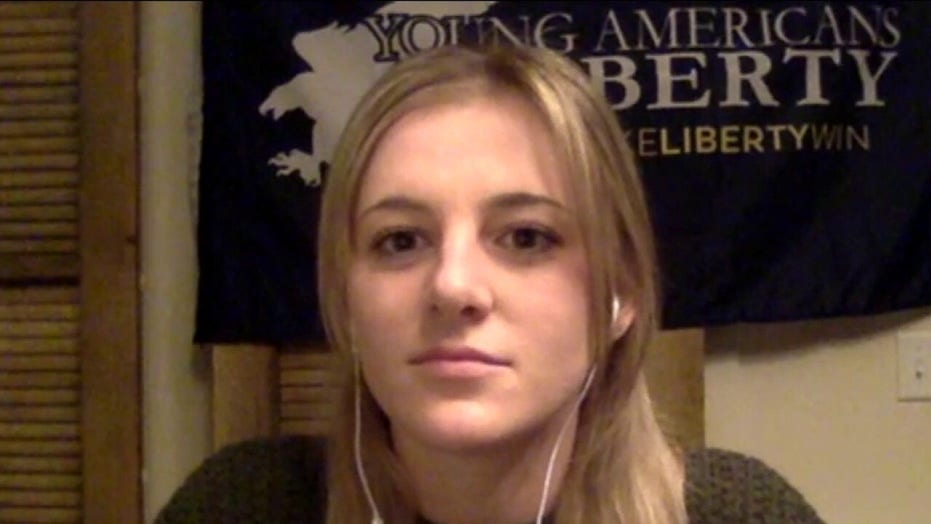 A student at Skidmore College in upstate New York claims she and her fellow classmates were barred from starting a campus chapter of the conservative group Young Americans for Liberty (YAL).

Davis says she and her classmate were targets of a "cancel culture campaign" in which members of the student body created a petition claiming that YAL groups were "springboards for hate speech and bigotry disguised as political discourse." As of Wednesday, the petition had 1,765 signatures. Skidmore has approximately 2,600 undergraduate students.

As a result, the Skidmore Student Government Association told Davis she could not establish a YAL chapter due to "concerns of hate speech and making students on campus feel unsafe," the Albany Times Union reported.

"I actually chose Young Americans for Liberty because I thought that students would be ... receptive to it, because it wasn't a partisan group ... I was clearly wrong about that." Davis said.

"They had a problem with just two or three examples of events or speakers," she added. "They were really pushing back and calling young Americans for Liberty an alt-right organization, a White nationalist organization, which is just misinformation and has no truth behind it."

Skidmore's Student Government Association has not responded to Fox News' request for comment.

In a statement to the Times Union, Skidmore College president Mark Connor said: "The student leaders whom our students have elected as their representatives have the right to vote to decide the outcome of this process I encourage all members of our community to exercise their freedom of speech and freedom of association and to engage with each other with patience, courtesy and respect for one another."

But for Davis, the ideals Connor discussed don’t seem to be within reach.

"It's not going to be easy, going forward," she said, "if the students control whether we exist on campus or not."