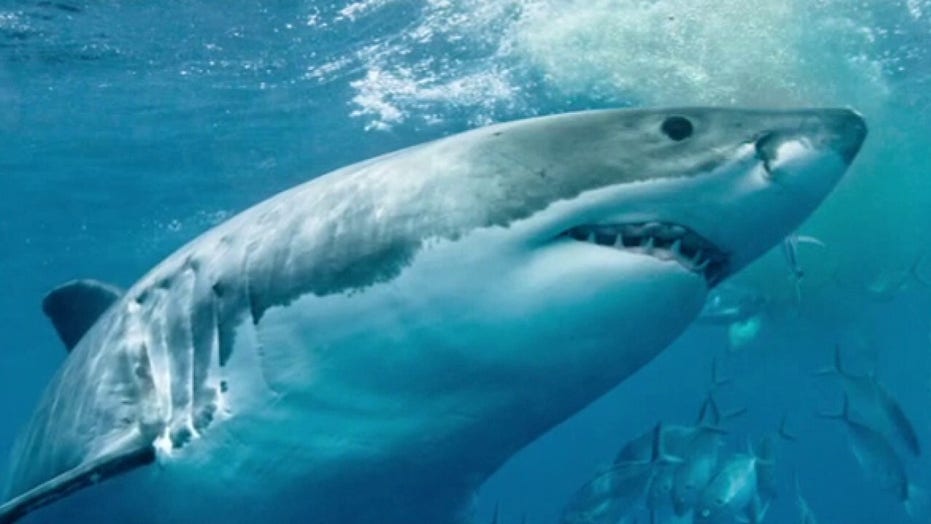 A marine expert waded in on the recent controversy surrounding shark "encounters" in an appearance on "Sunday Night America," where he blamed Steven Spielberg's 1975 blockbuster movie "Jaws" for unfairly stigmatizing the predatory fish as a deliberate killer.

Marine biology professor and director of the Shark Lab at California State University, Chris Lowe, joined the conversation Sunday as marine experts and advocates urge the public to refrain from using the word "attack" in reference to sharks, encouraging more neutral words — such as "interactions" instead.

"They are like any other animal. They are out there swimming. Eating, resting. Just wasting time [and] in some cases, trying to find mates," Lowe said. "The Hollywood perception is if you see a shark it will bite you, and that simply is not true."

Despite this, Lowe said researchers have not been able to determine the motivation behind unprovoked shark attacks.

"The bottom line is we don't really know why sharks occasionally bite people, what we call an unprovoked bite, where a person is out minding their own business and a shark goes and bites them," he said. "We don't know that shark's motivation, we could put that in two categories, the motivation of defense…it was defending itself, which all animals will do if they feel threatened, and the other category is feeding. Quite often people who are bitten never see the shark coming so we don't know the context under which they have been bitten."

"The simple answer is we don't know," he reiterated. "At best scientists believe it might be an accident, and sharks make accidents a lot less often than people do. "

As for reversing the dangerous reputation sharks have garnered over time, Lowe said "It’s all about perception," but blames "Jaws" for creating a false narrative.

"The way sharks are portrayed helps to influence how people think about them," he said. "A lot of that started with the book and movie ‘Jaws’ but it has not really changed. 150 years ago, people were deathly afraid of whales, because whales killed people. Of course, they were killing the whalers who were trying to kill them. But whales had a very bad representation, and least based on the way they were perceived by the public."

"Now whales are viewed differently, as this intelligent mammal that can communicate and is very social, but it took years or decades to change people’s perception about whales and now we’re doing it with sharks."