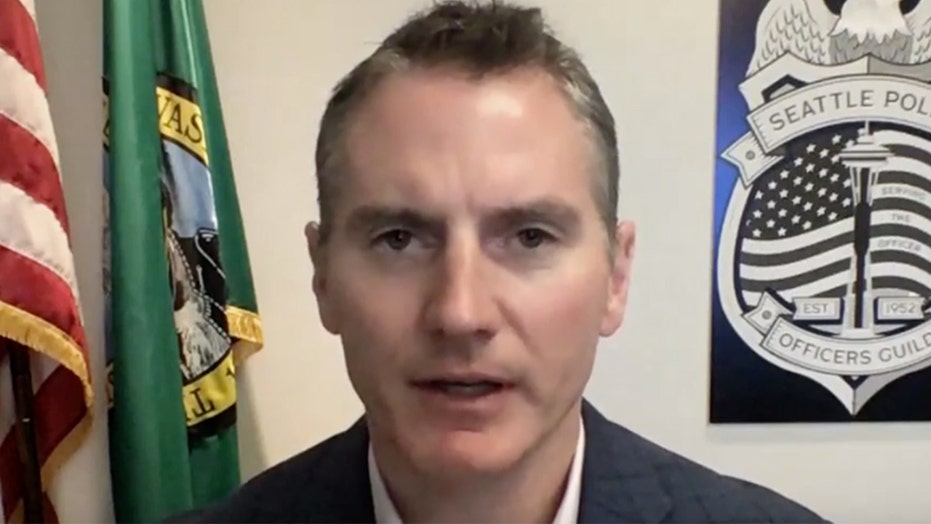 Two off-duty Seattle police officers who allegedly trespassed onto restricted grounds and stood next to the U.S. Capitol as rioters were inside the building on Jan. 6 have been fired, the police department's interim chief said Friday.

Chief Adrian Diaz said there was "clear evidence" that placed the officers, identified as married couple Alexander Everett and Caitlin Everett, near the Capitol building as Congress was meeting in a joint session to certify the Electoral College victory for President Biden.

He said their presence at the riot was a "stain on our department, and on the men and women who work every day to protect our community, serve those in need, and do so with compassion and dignity."

ASHLI BABBITT'S HUSBAND DEMANDS IDENTITY OF CAPITOL OFFICER WHO SHOT HER TO BE RELEASED: ‘NOBODY IS TELLING US’

The officers committed three violations, including that officers must adhere to laws, city policy and department policy, according to disciplinary reports for each.

"It is based on those values that I reached my decision. The two officers were found to have crossed the outdoor barriers established by the Capitol Police and were directly next to the Capitol Building," Diaz said in a statement posted to the Seattle police news blotter. "Clear evidence places them directly next to the Capitol Building.  It is beyond absurd to suggest that they did not know they were in an area where they should not be, amidst what was already a violent, criminal riot."

In the disciplinary reports, Diaz wrote the officers stood in the "midst of an attempted insurrection" and possibly downplayed their actions that day.

"A central function of a law enforcement officer is to uphold the law and keep the peace and your actions fell far short of that," both reports said.

The termination is in line with the July recommendation issued by the Office of Police Accountability, a civilian group that acts as a review board over the Seattle Police Department. 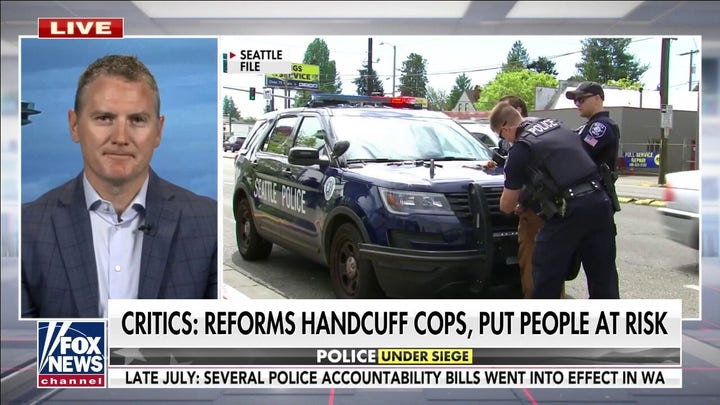 "In granting the police the power and responsibility to do their work, the community takes as collateral an expectation that law enforcement will at all times earn and abide by that trust.," Diaz said Friday. "This is what should be expected of policing, and it is what I demand as Chief. It is also what Seattle Police officers expect of their colleagues, since these two officers’ actions in D.C. that day were first brought to our attention by fellow officers. "

Mike Solan, the president of the Seattle Police Officers Guild, told Fox News the case against the officers was "ensconced in politics."

"I believe that the case file in and of itself has glaring holes in it," Solan said, noting the officers said they had left the area near the riot without witnessing any wrongdoing. "I believe just after 2 p.m., that's when a lot of the criminality was occurring inside the Capitol. There was really nothing occurring outside in terms of criminality or law enforcement officers being assaulted."

The officers said they stayed on grass 30 to 50 yards away from the capitol building and never saw any signs of a disturbance, according to an OPA report. As of Friday, the police union has not received an inquiry from the officers about possibly appealing the terminations, Solan said.

The pair was two of six off-duty Seattle police officers who attended then-President Donald Trump's "Stop the Steal" rally that preceded the chaos.

Their trip became public after Caitlin Everett posted a photo on Facebook of her and Alexander Everett at the demonstration. Four other officers later admitted they were also there but said they were not involved in the riot.

Diaz said the Everetts' presence there was unacceptable: "More than a hundred officers sustained serious injuries – some career-ending – through outright assault,"