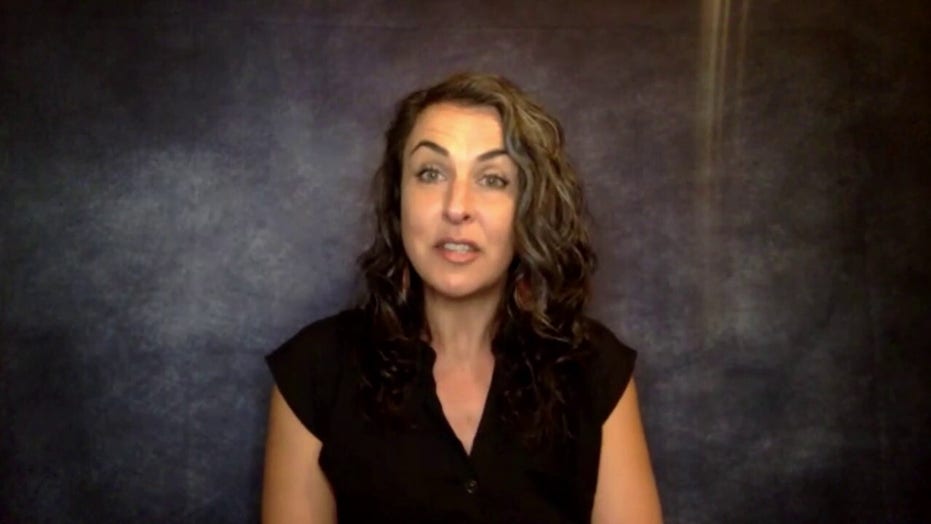 Mother calls on parents to equip kids against cultural indoctrination

A Seattle mother and activist proposed a novel method to combat liberal ideology in public schools: Educate the kids about controversial topics before teachers can.

As conservative parents across the country fear that progressive curricula will influence their children, activist Katy Faust suggested they focus on equipping kids with knowledge to resist assimilating to the cultural left rather than fight a losing battle with school boards.

"Parents out there who are afraid of sending their kids to school, who are worried that the culture is going to consume them, you accurately understand the threat," Faust told Fox News in an interview. "I'm not going to minimize how insane and how damaging these ideas are."

"It is war," Faust continued. "It’s a war of ideas. The good news is we are on the side of reality."

Faust lives in Seattle with her husband, a pastor, and four kids who range from sixth grade to college age. She started a children’s rights organization, Them Before Us, which according to its website, "exists to advance social policies that encourage adults to actively respect the rights of children rather than expecting children to sacrifice their fundamental rights for the sake of adult desires."

Faust believes that, in order to protect children from falling victim to leftist indoctrination, parents need to start teaching kids how to think critically about controversial topics at an early age.

"They don't have to be cultural victims. You can equip them, you can train them, and they can actually be forces for good in the world," the Seattle mom told Fox News.

"Parents, you cannot sit this one out," Faust said. "Whether it's socialism or racism or pornography or sex or transgenderism, you have to get to your kids first."

While the idea of speaking to young children about such mature topics is uncomfortable for most parents, it is necessary, according to Faust.

"I know what you're saying is, ‘I'm not ready to talk to my fourth grader about this,’" Faust said. "Well, the world is talking with your fourth grader, so you have to get to them first, right, in an age-appropriate way."

"Everything is against you: the schools, the media, the government, social media," Faust told Fox News.

She and her husband developed a parenting philosophy in which the couple "shepherd" their kids through all the challenging ideas they would inevitably one day face.

"We tell them, by the time they hit sixth grade, we expect them to know more about these topics than anyone else in the room," Faust told Fox News.

She said she encourages parents to saturate kids with truth for the first decade of their lives, during which they unquestioningly absorb everything they see and hear. At such an influential stage of development, she said, parents should be focused on filtering out damaging ideas about worldview, gender, race, and other such topics.

Then, once critical thinking kicks in around age 10 or 11, "the great equipping begins," Faust said. At this stage, parents should urge kids to further investigate and defend their views.

"You don't need special curriculum. You just need to invite your kids into what you're already watching and seeing and listening to," the child rights advocate said. "Day by day, moment by moment, you're going to strengthen their worldview."

Faust recommended parents engage with their kids on subjects as they learn about them, whether they are reading an article about the harms of cross-sex hormones on kids or watching a video about the damaging aspects of critical race theory.

"People are not our enemies. Bad ideas are the enemy," Faust told Fox News. "And that is what we need to equip our kids to fight against."

Parents need to resist the urge to pull kids from school systems altogether and instead enable them to challenge bad ideas and those perpetuating them, Faust said.

"It's our kids who are on the battlefield," she told Fox News. "Just make sure they don't go into the battle without the weapons that they need."

And for concerned parents who worry educators will fail students who question ideologically monolithic teachings, Faust said, "sometimes you have to fail."

"The bright red line that we cannot cross is: Do not lie," Faust said. "Even if you're not going to rebut and refute all of the bad ideas, at minimum, don’t lie."

"Figure out a way to complete the assignment truthfully," she continued.

"Conservatives have had more kids on average than people on the political left for decades," Faust said. "We've allowed the other side to raise our kids. That needs to end."