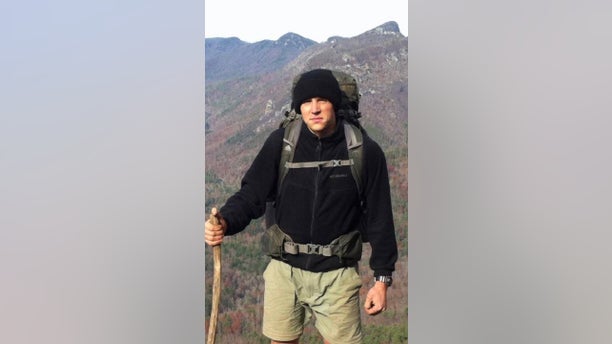 Matthew Kraft, a Marine lieutenant, has been reported missing this month, as a search continued Friday. (Inyo County Sheriff's Office)

Authorities' search continued Friday for a Marine based in Camp Pendleton, Calif., who was reported missing from a skiing trip earlier this week.

First Lt. Matthew Kraft, with the 1st Marine Division, went on a backcountry trip on the Sierra High Route, but was not seen after his scheduled return date, the Inyo County Sheriff's Office said in a missing-person release. Local law enforcement reported him missing, the officials said.

Kraft's itinerary began out of the Kearsarge Pass trailhead on Feb. 23 and was scheduled to end March 4 or 5 near Bridgeport, Calif., the release said. Bridgeport is site of the Marines' mountain warfare training center, according to Military.com.

Authorities are also searching for the Marine's rental vehicle, a gray, two-door, 2016 Jeep Wrangler, which was assumed to be located at his trip's start point in the vicinity of Independence, according to the release.

"A joint search and rescue effort is underway, and we are looking to you for information," 1st Marine Division officials said in a statement obtained by Miltary.com. "If you have any information on the whereabouts of 1st Lt. Matthew Kraft or his rental vehicle ... please call."

Kraft is a rifle platoon commander who was assigned to 1st Battalion, 7th Marines, the military outlet reported, citing previous releases from officials.