Some schools are electing to forgo live-streaming President-elect Joe Biden's inauguration ceremony on Wednesday over concerns of potential violence that could be broadcast to into classrooms.

In Dallas, some school districts are refraining from showing live footage in class as Biden and Vice President-elect Kamala Harris are sworn in. The Keller Independent School District is allowing parents to excuse their children from watching the event, while in Plano, administrators have decided not to stream the ceremony, The Dallas Morning News reported.

The Sheldon Independent School District near Houston sent a letter to parents explaining that students will watch clips of the event the next day.

Security in Washington D.C., has increased exponentially in the days since supporters of President Trump stormed the U.S. Capitol on Jan. 6 in a deadly siege that ended with five people dead -- including a Capitol Police officer -- and dozens of arrests.

A worker pulls cables as preparations take place for President-elect Joe Biden's inauguration ceremony at the U.S. Capitol in Washington. Some school districts are electing not to live-stream the ceremony in classrooms over concerns about potential violence. (AP Photo/Patrick Semansky)

Thousands of National Guard troops and law enforcement personnel from across the country have been deployed to the area to secure the capital and ensure a peaceful handover of power. At least 12 Guard members have been removed over suspected far-right extremist ties.

In the aftermath of the attack on the Capitol, the FBI was warned that groups were planning protests in capitols in all 50 states.

"[W]e will not be watching the Inauguration live next Wednesday at school with students. Consider this a directive that is non-negotiable," read an email sent by a principal in Barrow County Schools, Ga., obtained by Education Week.

The Bangor School Department in Maine said it recognizes the historic event but that the inauguration won't be shown in classrooms "due to the threat of potential violence," the Bangor Daily News reported.

THESE PRESIDENTS DIDN'T ATTEND THE INAUGURATIONS OF THEIR SUCCESSORS 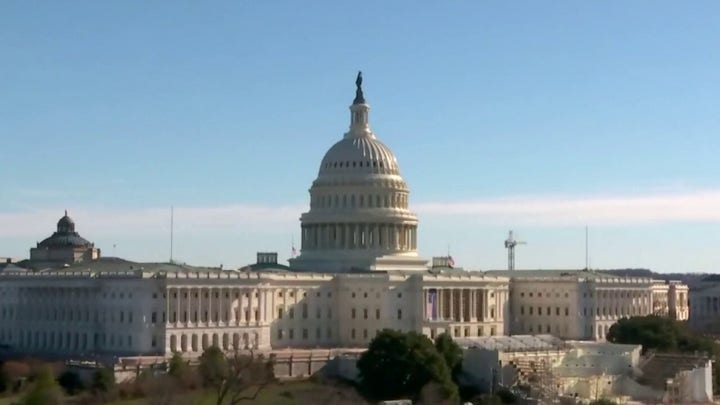 In Norwalk, Conn., teachers were asked to show the inauguration on a one-hour delay because of potential violence if they chose to stream the event.

"Based on the news images from several weeks ago, we are doing this out of an abundance of caution, especially with our young students in mind," Chief Communications Officer Brenda Wilcox Williams of Norwalk Public Schools told The Hour.

The Ossining Union Free School District in New York state is also choosing not to have students watch.

"To ensure the social and emotional well-being of our students, the meaning and impact of the inauguration and transfer of power certainly will be topics of discussion in our classrooms, but we will not broadcast the ceremony live in the elementary schools," Superintendent Raymond Sanchez said in a letter explaining the move. 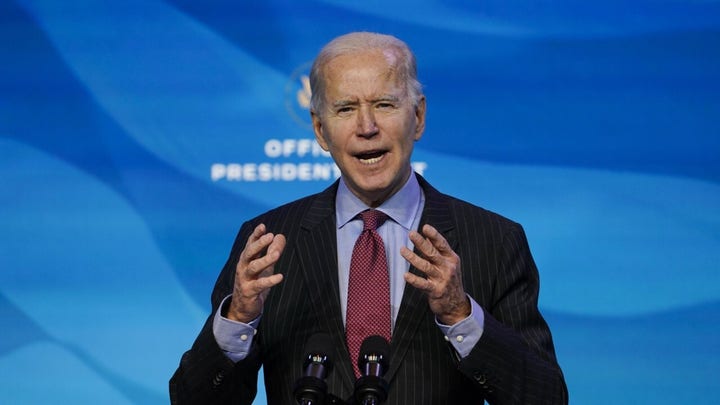 Other districts are taking a different approach. In Plam Beach, Fla., teachers were told they could show the event if it pertains to their classroom lessons. They would need to approach the matter in a way that is "balanced and fair," WMFE-TV reported.