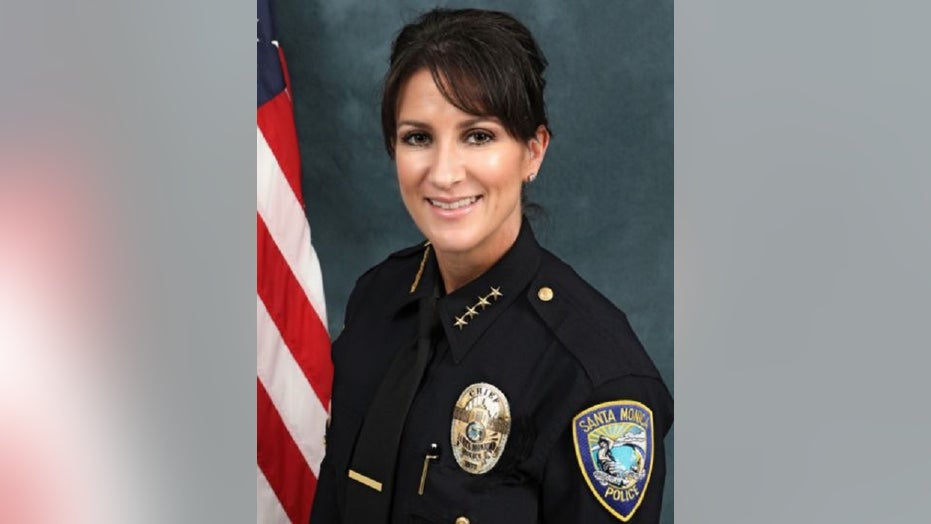 The police chief of a Los Angeles suburb is stepping down amid anger over her department's response to protests following the death of George Floyd.

Santa Monica Police Chief Cynthia Renaud announced her retirement last week after more than two years in the role and nearly three decades in law enforcement. A statement announcing her departure highlighted her accomplishments as top cop, including a 16% reduction in crime in 2019 and increasing the number of trained officers to help the homeless.

"However, recognizing that recent events both here in Santa Monica and around the nation have strained community-police relations, Chief Renaud has made the decision to step aside so that the Santa Monica Police Department can continue to move forward," the statement said.

Santa Monica, Calif., police Chief Cynthia Renaud will step down next week amid calls for her to resign over the police response to protests and rioting in the days following George Floyd’s death. (Santa Monica Police Department )

Critics questioned the city's police response to protests after Floyd's death. Calls for Renaud to be fired intensified after more than 200 businesses were damaged by rioters May 31 following mostly peaceful demonstrations.

Some business owners felt police were held back from stopping rioters who looted stores on Ocean Boulevard, home to many high-end shops and boutiques.

Activists accused officers of firing rubber bullets and tear gas at peaceful demonstrators, LAist reported. A petition calling for Renaud's removal elicited more than 60,000 signatures, according to the outlet.

Her last day will be Sunday. She will assume the presidency of the International Association of Chiefs of Police on Oct. 23.

Former Santa Monica Police Chief Jacqueline Seabrooks will come out of retirement to take over as interim chief Oct. 26.