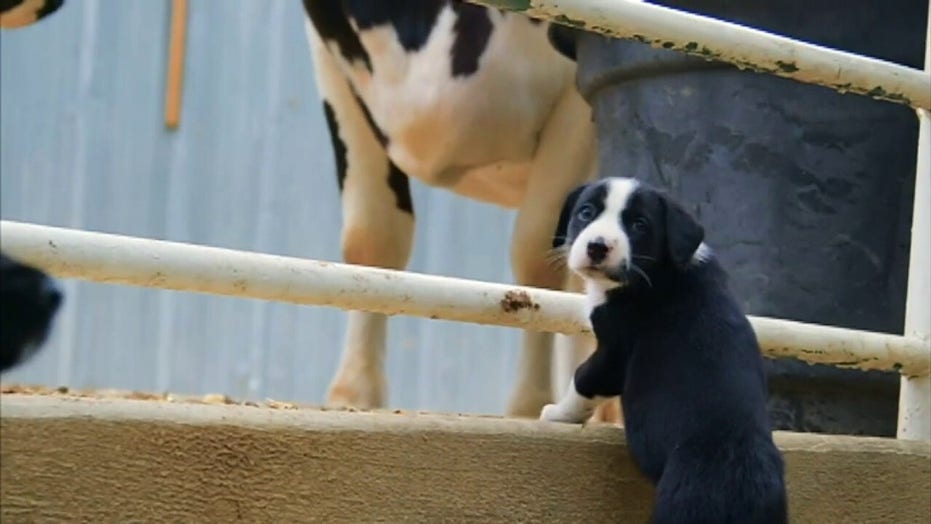 A large herd of goats that numbered around 200 failed to maintain social distancing while roaming freely through the residential streets of a Northern California neighborhood after escaping from their holding pen Tuesday.

The animals were being kept in a grassy knoll in San Jose when they made a break for freedom, Terry Roelands told USA Today. Roelands tweeted a video of the herd taken by his son while on his way home from running errands.

"I’m dead. When I got back from the store all the goats had broken through the fence and were recking havoc on our street," he tweeted. This is the craziest thing to happen all quarantine."

He explained to the newspaper that the goats are normally cordoned off on a hill behind his home for two or three days each year so they can "clear out the dead grass" in an area prone to wildfires.

The herd was rounded up within a few minutes, but not before they managed to make their presence known.

"Eventually, they escaped into the street and started eating all the plants in ... everyone’s front yard," Roelands added. "They also did their dirty business on the front yards."