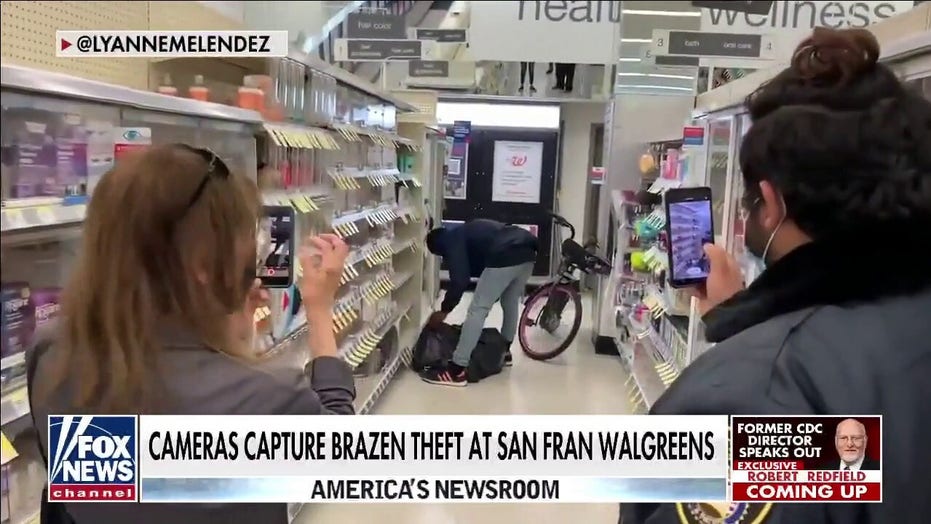 The San Francisco Police Officers Association is blaming District Attorney Chesa Boudin’s policies for enabling the types of criminal behavior seen in a viral Walgreens video that showed a man stealing items from the store without being stopped.

"This brazen criminal behavior is endured every single day by San Franciscans and it is the direct result of District Attorney Chesa Boudin and his enablers’ criminals-first agenda," SFPOA President Tony Montoya said in a statement.

The Walgreen theft video was posted Monday by KGO-TV reporter Lyanne Melendez. "This just happened at the @Walgreens on Gough & Fell Streets in San Francisco #NoConsequences," she wrote, tagging Boudin.

Walgreens said the safety of its customers and employees is its top priority and that the video was reported to the police.

"Unfortunately, this is another example of blatant retail theft, which is an ongoing problem for several retailers in San Francisco," a spokesperson for the company said in a statement.

"Chesa Boudin has made it clear that you’re more likely to get a stern talking-to than a cell when it comes to most crimes committed in our city and the criminals know it, are taking advantage of it, and we’re all suffering because of it," Montoya said.

A spokesperson for the District Attorney’s Office has called videos and stories depicting crimes like what happened at Walgreens, "infuriating."

"We support businesses experiencing these crimes and respect their policies to prioritize protecting their staff and customers above merchandise," the spokesperson said.

She noted that arrests happen in less than 3% of reported thefts, and that these cases are rarely presented to the District Attorney’s Office for prosecution.

"[W]hen they are, we prosecute the vast majority of them," she said. "But because arrests are so infrequent, our office has been proactively partnering with stores like Walgreens on prevention programs as well as partnering with other jurisdictions – which last year, led to the recovery of over $11 million in stolen merchandise.

As of Tuesday, no arrests have been made in connection with Tuesday’s video.

At a San Francisco Board of Supervisors meeting last month, retailers lamented that organized retail crime has been on the rise in the city and may have exceeded the national average.

Walgreens said it has spent 35 times more on security guards at its San Francisco stores than in other cities where it operates.