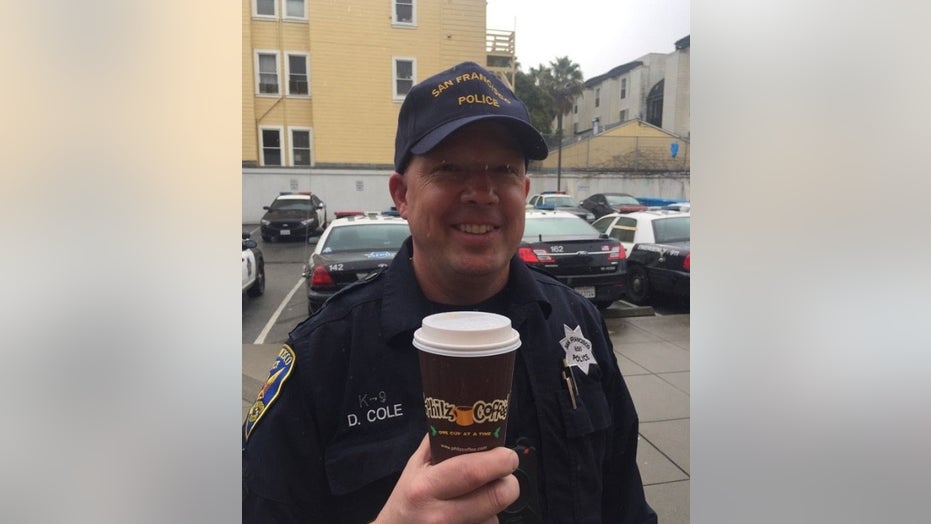 San Francisco Police Sgt. Davin Cole has been placed on unpaid after being arrested for an alleged robbery at a Rite Aid.  (SFPD)

Officers responded to the convenience store around 6 p.m. regarding a robbery in progress, Gilmore said.

A source told FOX station KTVU-TV that Cole allegedly demanded painkillers from the pharmacy. Authorities did not say what was taken or if anyone was hurt.

The San Francisco Police Department said he is a 27-year veteran of the force and is assigned to the Field Operations Bureau.

The case has not been turned over to the San Mateo County District Attorney.