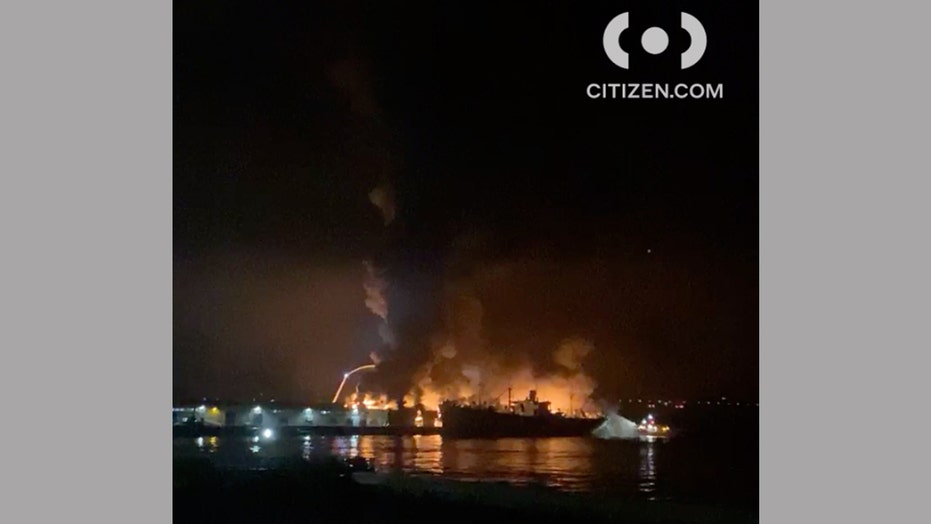 More than 130 San Francisco firefighters battled a large fire that broke out early Saturday at a warehouse near landmark Fisherman’s Wharf.

The fire was reported around 4:30 a.m. local time at Pier 45 on the waterfront, according to Fox 2 San Francisco.

A large fire broke out at a warehouse along the San Francisco waterfront early Saturday morning. (Citizen.com)

Flames and billowing clouds of smoke could be seen for miles.

No injuries were reported and the warehouse was empty, the station reported.

Firefighters had to pull back, as the scene became too dangerous, because flames had consumed so much of the building, and the walls were collapsing.

The cause of the fire was under investigation.

Firefighers were successful in saving the SS Jeremiah O'Brien Museum from the flames, according to reports.

Coast Guard units and Police Marine Units are at the scene working to control traffic in the water.