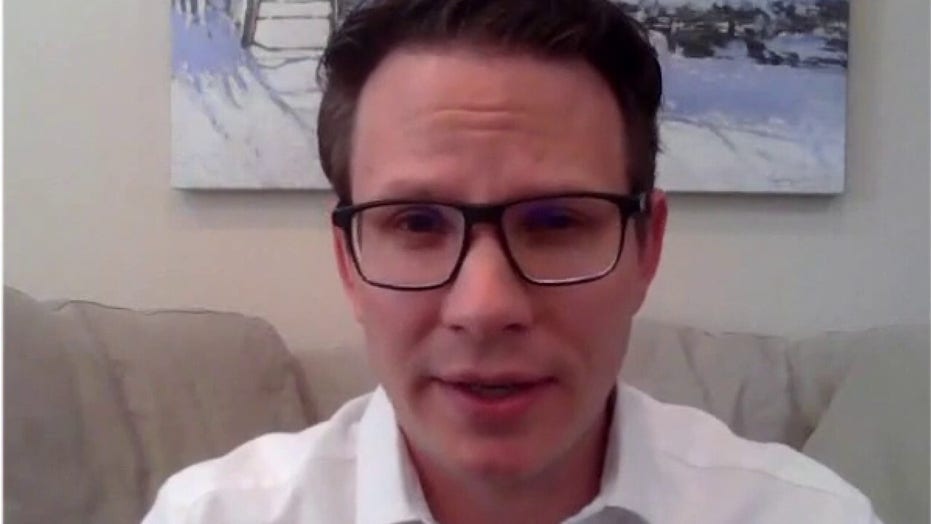 Reopen California Schools Founder Jonathan Zachreson on migrants getting real classes while some U.S. kids do not.

Reopen California Schools Founder Jonathan Zachreson told "America Reports" on Wednesday that the "same compassion given to migrant children" needs to be extended to American kids.

ZACHRESON: Parents are speechless. I understand the compassion that the San Diego Office of Education and the San Diego teachers have for these unaccompanied migrant children. I only wish that the same compassion be extended to the 130,000 school children in San Diego who have been locked out of the classroom for over a year. We have a serious education crisis in California. We are dead last by a wide margin when it comes to getting our kids back in the classroom and other districts like San Diego that are offering half-baked hybrid plans, they're only going to be opening for a few hours a week in April for instruction and many aren't even opening at all.

We have a governor whose actions on schools has made it harder to open, at the behest of the teacher unions, and given unprecedented amounts of money to schools without requiring them to offer real substantial in-person education. So, these revelations in San Diego are just one more stark example of the crisis in education we have here.

I think those COVID rates are a testament, like you said, to the conditions in these facilities. If it’s safer to offer these kids with COVID rates over 400 times what the California Department of Public Health says is safe to open, then why aren’t our own schools open? We were told teachers needed vaccines, they got them. We were told they needed money, they go it. Cases needed to fall. They did. They were at record lows and every school in California is now clear to open full-time, yet the vast majority are not. So this social contract that we’ve had with these institutions are broken, and so parents are fed up, Democrat parents are fed up and we’re calling on Gov. Newsom to take action and mandate K-12 schools for full-time learning in California and if he doesn't, I know plenty of Democrats parents that will be voting against him when the recall goes to ballot.