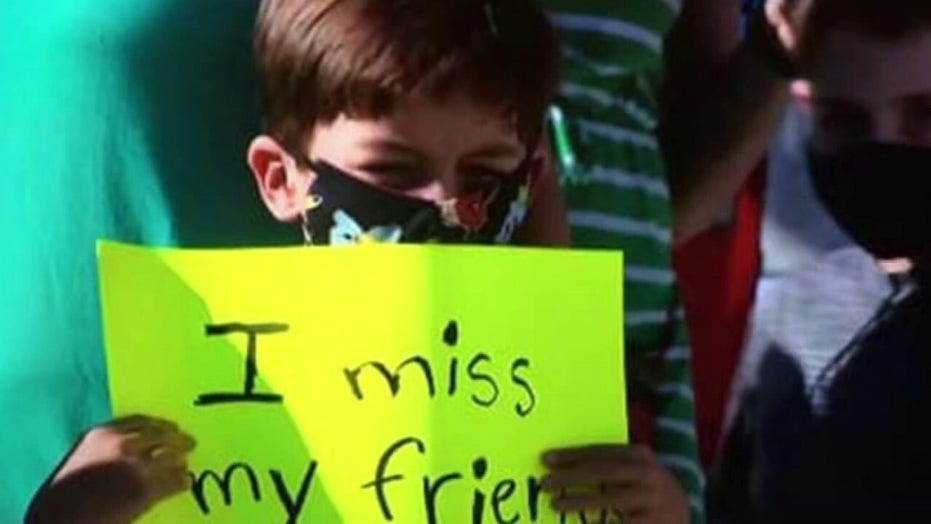 Parents in the San Diego Unified School District are expressing frustration after learning teachers will be giving migrant children in-person instruction while their children remain learning at home.

"It just shows you how out of touch our school district is with the needs of the parents and the desires of the teachers," Edward Ewing said. "Local teachers are more than happy to teach in person, and they're being held up by the district and by the union, which has strong-armed us the entire time and has been indifferent and even contemptuous of the parents and the damage that's been done to our children."

An SDUSD spokeswoman confirmed to Fox News the district has shared information about the opportunity for teachers to volunteer to instruct migrant children in person during their spring break this week.

Gina Smith, mom to an 8-year-old boy in the district, called teachers "heroes" for their willingness to meet with migrant children and said the opportunity demonstrates that it's safe to return to in-person learning.

"I absolutely hold our district leadership accountable for not stepping up and having that same sense of urgency for getting our kids into the classroom," Smith said. 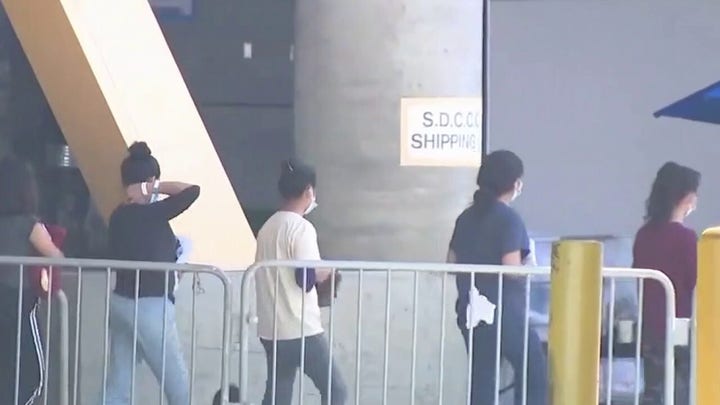 Issa, who represents part of San Diego County, called out the "hypocrisy" of the SDUSD's willingness to send teachers to the San Diego Convention Center where 82 migrant girls have tested positive for COVID-19.

"Teachers unions are clearly the villains in San Diego and L.A. Unified," Issa said. "It's one of the failures of leadership here in California... Our governor has statewide edicts, one after another, closing restaurants, closing places of business, demanding that we all wear masks... Then he says, 'Well, it's hands off, it's going to be every single school and school district and charter school for itself.' It makes absolutely no sense."

Ewing wants to see the school district stand up to the teachers union instead of "kowtowing" to them.

"It seems like that they're, you know, indifferent to the suffering that have been inflicted upon our children," Ewing said.

SDUSD students are expected to move into a hybrid model on April 12, where they will be learning in a combination of in-person and online formats, according to the school district's website.