Good morning and welcome to Fox News First. You made it to the weekend … Now here's what you need to know as you start your day ...

Romney tweeted, “Having failed to make even a plausible case of widespread fraud or conspiracy before any court of law, the President has now resorted to overt pressure on state and local officials to subvert the will of the people and overturn the election. It is difficult to imagine a worse, more undemocratic action by a sitting American President.” 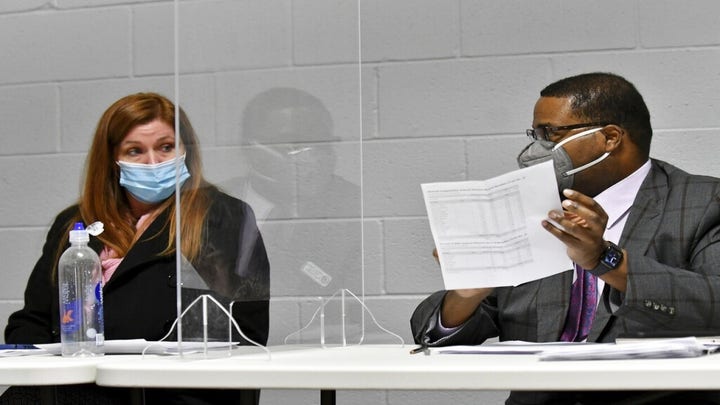 Romney’s office told Fox News after the tweet that “it goes without saying that applying political pressure to local officials not to certify legally cast ballots is outside the bounds of any regular legal challenge,” which is a reference to reports that Trump reached out to two GOP canvassers in Michigan's Wayne County after a tense deadlock to certify ballots there. (The GOP canvassers appeared on "The Ingraham Angle" on Thursday night.)

Romney and Trump have not had a good relationship. Romney said he did not vote for Trump in 2020 but did vote to convict him for abusing presidential powers earlier this year at the president's impeachment trial. Trump has called Romney a “LOSER,” and has mocked him over his 2012 election loss to former President Obama.

Romney’s tweet came after Rudy Giuliani, Trump’s personal attorney, made the case for Trump’s legal challenge at a fiery news conference on Capitol Hill. He told reporters, “What I’m describing to you is a massive fraud.”

Former Vice President Joe Biden is the projected winner in the contest, but the Trump 2020 Campaign is contesting those calls, raising concerns in several battleground states. CLICK FOR MORE ON OUR TOP STORY.

Pfizer, Moderna to file FDA COVID-19 vaccine emergency usage as soon as today
Pfizer and its German partner BioNTech "intend to file for emergency use authorization at the FDA" for its COVID-19 vaccine on Friday, Health and Human Services Secretary Alex Azar said Thursday.

"Two vaccines, each with 95% efficacy, rivaling the 98% efficacy of our measles vaccine. Produced in some of the largest vaccine clinical trials ever conducted in history. Over 40,000 patients in each of these clinical trials demonstrating good safety profiles," Azar said during a coronavirus task force briefing at the White House. 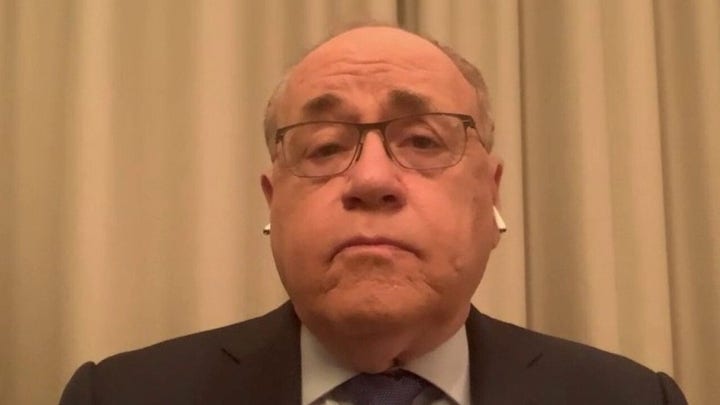 The U.S. recorded more than 185,000 new coronavirus cases Thursday. Reuters reported that the number of those hospitalized in the U.S. has increased by 50% in the past two weeks to nearly 79,000. Cities and states have imposed new lockdown orders in an effort to stop the spread. CLICK HERE FOR MORE FROM FOX BUSINESS

City officials announced Wednesday that schools would be closed indefinitely starting Thursday after the seven-day average coronavirus infection rate for the five boroughs ticked above 3%. 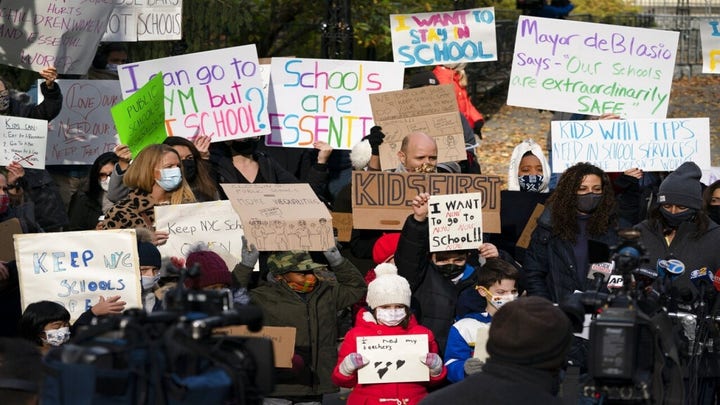 Weingarten acknowledged that while evidence has shown in-person classes have not been "superspreading events," "the problem is that schools are not impervious to all that is going on in the outside." CLICK HERE FOR MORE 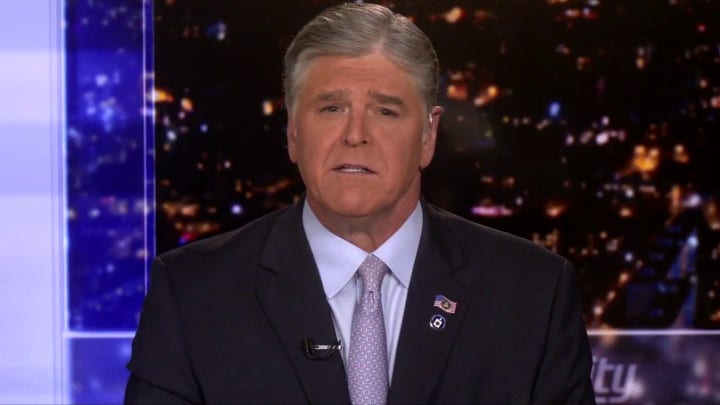 Sean Hannity, host of 'Hannity,' reminded viewers Thursday night that President-elect Joe Biden was let off easy by the mainstream media during the campaign and given a pass while hiding from the coronavirus in his basement. Meanwhile, the same media pummeled President Trump “every single minute” of every day, Hannity said.

“So it’s no surprise that so-called journalists now have no interest in looking into cases of American citizens saying that these are serious abuses of power here,” he said. “They got the outcome they wanted. ... They don’t really care what happened.”

Fox News First was compiled by Fox News' Edmund DeMarche. Thank you for making us your first choice in the morning! Stay safe this weekend, and we’ll see you in your inbox first thing Monday morning.