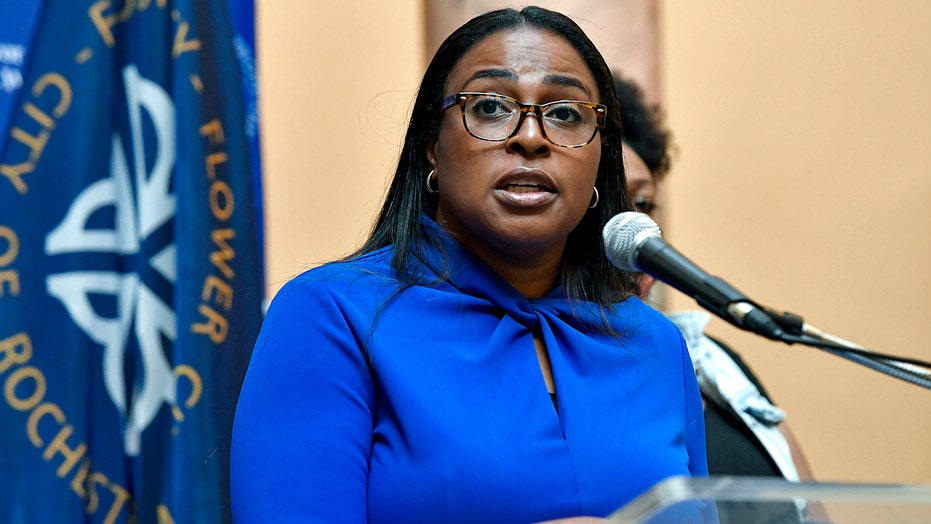 Embattled Rochester, New York, Mayor Lovely Warren and her husband are facing weapons and child endangerment charges related to unsecured firearms in her home in connection with a search of the property in May, prosecutors said Friday.

An indictment unsealed by the Monroe County District Attorney's Office said Warren and Timothy Granison face criminal possession of a firearm, which is a Class E felony, two counts of endangering the welfare of a child and two counts of failure to lock or secure firearms in a dwelling.

The May 19 search of the home by the state police was related to Granison, 42, who also faces federal charges related to an alleged drug trafficking conspiracy. Authorities found a rifle and pistol were found inside the home, where the couple's 10-year-old daughter was left alone, resulting in the charges, District Attorney Sandra Doorley said.

In this Sept. 3, 2020 file photo, Rochester Mayor Lovely Warren speaks to the media during a news conference in Rochester, N.Y. Warren and her husband, Timothy Granison, were charged with weapons and child endangerment charges related to a search of their home in May, prosecutors said Friday. (AP Photo/Adrian Kraus, File)

Following the search, Warren said she and Granison had been separated and estranged for years. Granison has pleaded not guilty to the charges in the drug case.

Warren is not implicated in the alleged trafficking ring.

Fox News has reached out to her attorney, Joseph Damelio, but has not heard back.

A spokeswoman for Doorley's office told Fox News an arraignment date has not been set.

Warren's two terms as mayor have been rocky and plagued with alleged missteps.

She was indicted in a campaign finance fraud case in October. Prosecutors allege she broke campaign finance rules during her last reelection campaign, four years ago. The treasurers of her campaign and political action committees were also charged.

She faced calls to resign in the summer of 2020 over the death of Daniel Prude, a Black man who died after police officers placed a hood over him and pressed him onto the pavement until he stopped breathing. Police officials stayed silent about the death for months afterward until Prude's family obtained police body-camera footage of the encounter.

The footage sparked protests and unrest amid a summer of demonstrations over police brutality and racial justice.

A probe into the response of Prude's death said Warren lied about what she knew and when she knew it. Last month, she was defeated in the Democratic primary for mayor by Malik Evans.