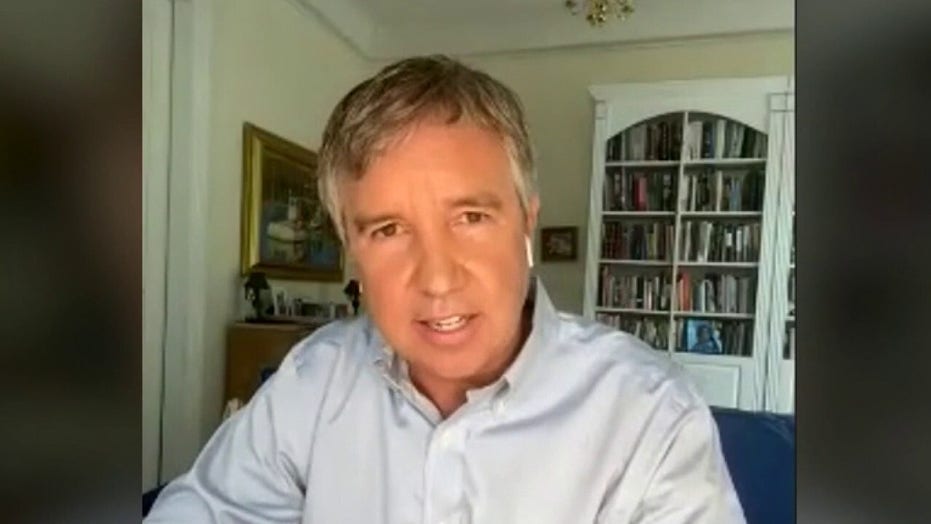 Douglas Kennedy on supporting the release of his father's killer

Ethel Kennedy, the widow of Robert F. Kennedy, said Tuesday that she is opposed to the release of Sirhan Sirhan, the man imprisoned and recently recommended for parole in the 1968 killing of her husband.

"Bobby believed we should work to 'tame the savageness of man and make gentle the life of the world.' He wanted to end the war in Vietnam and bring people together to build a better, stronger country. More than anything, he wanted to be a good father and loving husband," Kennedy said in a typed statement.

Sirhan Sirhan was reccommended for parole by a California board last month for the 1968 killing of Robert Kennedy. Kennedy's widow, Ethel Kennedy, said Tusday that she is opposed to Sirhan's release.  (California Department of Corrections and Rehabilitation via AP )

"Our family and our country suffered an unspeakable loss due to the inhumanity of one man," she said. "We believe in the gentleness that spared his life, but in taming his act of violence, he should not have the opportunity to terrorize again."

At the end of the letter, Kennedy hand-wrote: "He should not be paroled."

Sirhan, a Christian Palestinian from Jordan, has been imprisoned for more than 50 years for fatally shooting Kennedy inside the kitchen of the Ambassador Hotel in Los Angeles following the then-New York senator's California primary victory speech. Sirhan opposed Kennedy's support for Israel.

He has said he doesn't remember shooting Kennedy.

A two-panel parole board in California recommended last month that he be released. It was Sirhan's 16th appearance before the board.

Los Angeles County District Attorney George Gascon was criticized by some fellow prosecutors for not sending a prosecutor to argue in favor of keeping Sirhan behind bars.

In this June 5, 1968, file photo, Sen. Robert F. Kennedy addresses campaign workers moments before being shot in Los Angeles. At his side are his wife, Ethel, and his California campaign manager, Jesse Unruh, speaker of the California Assembly. (AP Photo/Dick Strobel, File)

"We adamantly oppose the parole and release of Sirhan Sirhan," they said in a statement. "Our father's death impacted our family in ways that can never adequately be articulated and today's decision by a two-member board has inflicted additional pain."

"We urge the Parole Board staff, the full Board, and ultimately, Governor Newsom, to reverse this initial recommendation. It is a recommendation we intend to challenge every step of the way, and we hope that those who also hold the memory of our father in their hearts will stand with us," the statement continued.