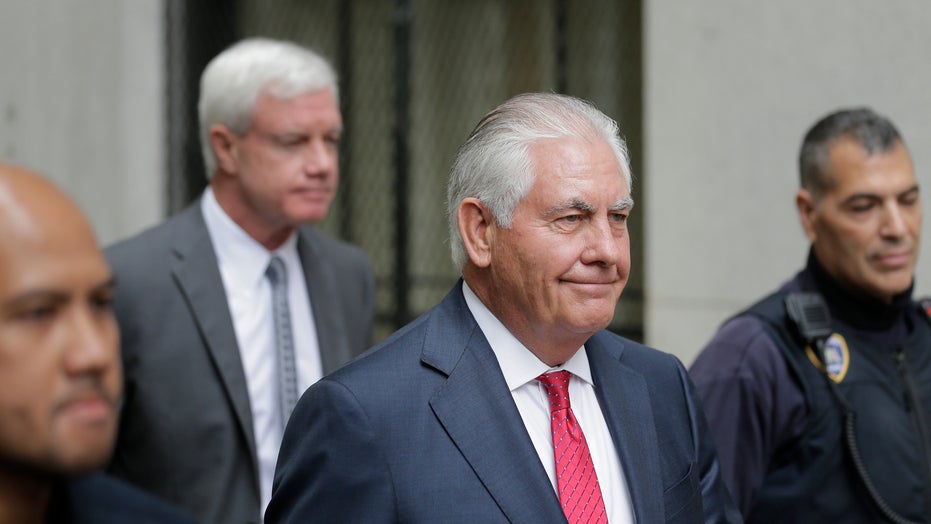 Former Secretary of State Rex Tillerson testified in Manhattan Supreme Court on Wednesday that the company he once led as CEO, ExxonMobil, did not attempt to downplay the effects of climate change regulation to investors.

"We knew it was a real issue," he said. "We tried to understand how this was going to affect everything."

Tillerson was CEO of ExxonMobil from 2006 to 2016, when he left to join the Trump administration. He was the president’s first secretary of state, serving from February 2017 until Trump fired him by tweet just over a year later.

The case is the second time a climate case has gone to trial in the U.S.

Exxon is accused of internally covering up costs it would incur from government rules designed to mitigate greenhouse gases. The lawsuit claims Exxon basically kept two sets of books -- using a public “proxy cost” of $80/ton of carbon emissions, a cost which would go toward the impending regulations, while internally telling investors regulations would only cost them around $40/ton of carbon emissions, allowing the company to become more brazen in its environmentally damaging investments, according to The Guardian.

The trial is seeking anywhere from $476 million to $1.6 billion in damages for shareholders. The case could also skew investor perception of oil and gas companies’ prospects in light of evidence of climate change and new regulations it may spur.

Tillerson said that Irving, Texas-based Exxon knew climate change was a “real issue” and took it seriously. He said the company acted properly in what the suit described as keeping two sets of books. He said that one set of climate-risk calculations was for broad-level “proxy costs,” while the other was for “greenhouse gas costs” to figure out how local fossil fuel regulations might affect specific projects, in order to get the “best assessment.”

Tillerson also said that he did not recall climate costs being a determining factor in any decisions he personally made during his tenure, which ended in 2016. However, James’ office told the court last week that Tillerson was “deeply involved” in determining the impact of climate science on Exxon’s business prospects.

Tillerson said that he had opposed President Trump’s decision to pull out of the Paris climate agreement, and that during his tenure Exxon supported the concept of a carbon tax and in 2007 created a system to try to predict how regulations worldwide might reduce demand for oil and gas.

Tillerson added that the company would have no incentive to lowball the cost assumptions it used. “We would be misinforming ourselves.” he said.

Exxon is a favorite target of environmentalists who allege that the company has known for decades that burning oil and gas would heat the planet. Massachusetts filed suit against the company last week. After a three-year investigation, Massachusetts Attorney General Maura Healy filed suit alleging Exxon misled investors and deceived drivers and other consumers about the role of fossil fuels in climate change, according to Reuters.