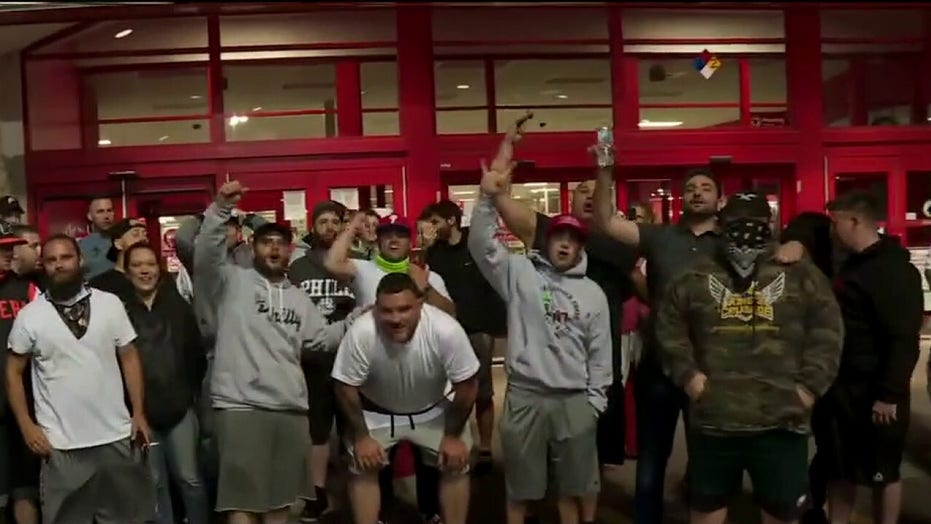 Jacqui Heinrich reports from the scene.

Dozens of residents in South Philadelphia banded together in a show of solidarity to protect their local Target from looters on Sunday night.

Violent protests tore through the city and other parts of the country throughout the weekend to condemn police brutality following the death of George Floyd, and in Philadelphia, a citywide curfew went into effect from 6 p.m. on Sunday to 6 a.m. on Monday.

Despite the curfew and urging from law enforcement officers to go home, members from an activist group "Stand Up Philly" negotiated with police to stay and continue to guard the store, according to reports by the Philadelphia Inquirer.

Other protesters were offended by the group allowed past curfew to stay at the Target and squabbles broke out, but were contained by police, the reports said.

Earlier in the day, several local businesses including another Target were ransacked by looters smashing windows and doors and stealing merchandise. Other rioters set fire to structures and vandalized police cars.

A person shoots a fire extinguisher into the air as he walks though a street in Upper Darby, Pa. on Sunday May 31, 2020, as people move through streets in protest over the death of George Floyd, a black man who was in police custody in Minneapolis. Floyd died after being restrained by Minneapolis police officers on Memorial Day, May 25. (AP Photo/Matt Slocum)

In other earlier instances, protesters in Philadelphia hurled rocks and Molotov cocktails at police, officials said.

On Sunday night, the state's National Guard was called in an effort to tamp down on violence.