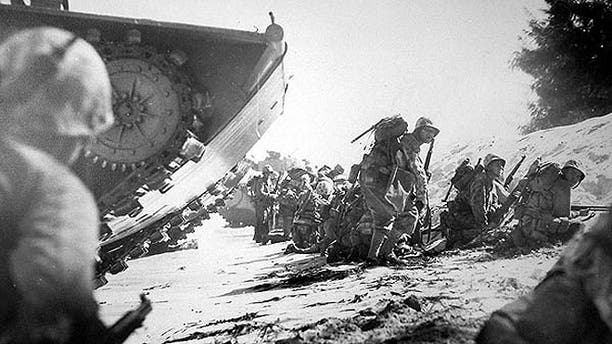 The remains of an American World War II soldier missing in action for nearly 70 years have reportedly been identified after they were found on the Pacific’s Northern Mariana Islands.

The Joint POW/MIA Accounting Command confirmed to FoxNews.com that its team currently working in Saipan has received “possible human remains” and material evidence consistent with an unresolved case from World War II.

“At this point, we cannot confirm the identity of these remains,” an email to FoxNews.com read. “Our next step is to get the remains and evidence back to JPAC’s Central Identification Laboratory at Joint Base Pearl Harbor-Hickam, Hawaii, and conduct the appropriate forensic analyses.”

The team is expected back this week, according to Jamie Dobson, JPAC’s chief of media operations.

Physical anthropologist Shuichiro Narasaki from the Japan Ministry of Health, Labor and Welfare in Tokyo told the Marianas Variety that a group of Japanese volunteers and members of the CNMI Historic Preservation recovered remains of the solider along with Japanese remains at a burial site in Tanapag — a settlement in Taipan — and on private property in Gualo Rai in the Northern Mariana Islands.

“We have identified the bones to belong to one William T. Carneal based on the information on the U.S. military dog tag found along with the bones, as well as high school ring and American coins,” Narasaki told the newspaper. “Carneal must have been around 18 or 19 when he was buried at the site over 68 years ago.”

Carneal’s dog tag also referred to relatives in Kentucky as his immediate contact. Narasaki said the team also recovered another set of bones believed to belong to an American soldier, but the remains had yet to be identified. The ashes of the two Japanese soldiers, meanwhile, were to be flown to Japan on Tuesday, he said.

It could take months before the findings can be verified, but if the bones happen to belong to a Japanese soldier, JPAC officials will return them to the Japanese government, Narasaki said.

More than 83,000 Americans remain classified as missing from past conflicts, including the wars in the Pacific, according to JPAC officials. Its Central Identification Laboratory is the largest and most diverse forensic skeletal laboratory in the world, according to its website.

Narasaki said an estimated 53,000 Japanese soldiers died in the Northern Mariana Islands during World War II. Of that number, the remains of 29,174 had been recovered since 1952.

Attempts to reach Carneal’s relatives in Kentucky were unsuccessful. According to online records, Carneal was serving in the U.S. Army’s 105th Infantry Regiment, 27th Infantry Division, when he died on July 7, 1944.

“Our biggest concern is that a family is not misled, for example, being told early in the investigation that their loved one has been recovered only to find out later that was not true,” Dobson wrote in an email to FoxNews.com.