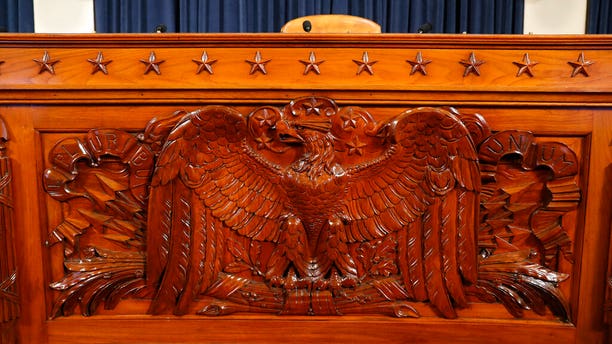 The dais inside the hearing room where the House will begin public impeachment hearings Wednesday, is seen Tuesday, Nov. 12, 2019, on Capitol Hill in Washington. (AP Photo/Jacquelyn Martin)

Good morning and welcome to Fox News First. Here's what you need to know as you start this Wednesday ...

Public Trump impeachment hearings set to begin, as Dems predict 'phenomenal week'
In a pillared House chamber at 10 a.m. ET Wednesday, in the shadow of the 2020 presidential and congressional elections, House Democrats are set to host the first public hearing involving the potential impeachment of a president since Nov. 19, 1998 -- and, they insist, they aren't happy about it. However, behind the scenes, House Democrats were predicting a "phenomenal week," Fox News is told.

At the same time, Republicans have been preparing a methodical and vigorous cross-examination of Democrats' witnesses, whose accounts of President Trump's alleged wrongdoing have been based largely on hearsay and intuition, critics say.

The allegations: With the bang of a gavel, House Intelligence Committee Chairman Adam Schiff, D-Calif., will open the impeachment hearings Wednesday into Trump's alleged pressure on Ukraine to investigate 2020 presidential candidate Joe Biden's dealings in the country. The former vice president has boasted about pressuring Ukraine to fire its top prosecutor, as his son Hunter Biden held a lucrative role board of a Ukrainian natural gas company despite having little relevant expertise.

An anonymous whistleblower's complaint about Trump's July 25 telephone call with Ukrainian President Volodymyr Zelensky ignited the impeachment investigation. During the hearing Wednesday, a key exchange during that 30-minute call, which has been outlined in a Sept. 24 transcript released by the White House, is expected to take center stage. Democrats say Trump wanted the investigations in exchange for the release of about $400 million in military aid to Ukraine. The president, Democrats allege, tried to use the power of his office to pressure a foreign government into helping him politically.

Zelensky has said he felt no pressure during the call. Trump has said the call was "perfect" and contained no "quid pro quo," or this for that.

Shortly after Schiff's gavel, he and intelligence panel ranking member Devin Nunes, R-Calif., are to begin the questioning. They get 45 minutes each or can designate staff attorneys to ask the questions. Members of the panel will then get five minutes each to question witnesses, alternating between Republicans and Democrats.

Democrats also told Fox News that Taylor had "the best view of the scheme. He is a habitual note-taker. He is your worst nightmare. Very prepared." Still, Taylor wasn’t on the phone call between Trump and Zelensky. Fox News is told Republicans will cross-examine Taylor repeatedly over his lack of "first-hand knowledge" about the call. 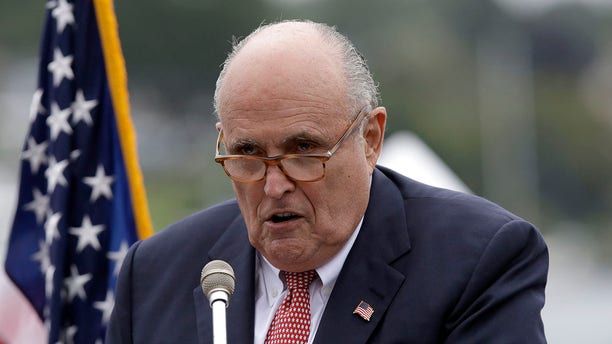 Kent, a career foreign service officer, testified Oct. 15 there were three words Trump wanted to hear from the Ukraine president: "Investigations, Biden and Clinton." He also told the investigators about the "campaign" of smears Giuliani led against former U.S. ambassador to Ukraine Marie Yovanovitch. That led to her being recalled from the position. Yovanovitch is set to testify Friday. Click here for more on our top story.

TUNE IN: Stay with Fox News for team coverage of the Trump impeachment hearing on all platforms all day Wednesday 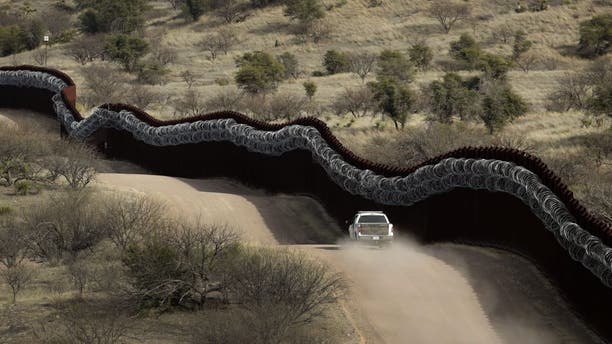 White House to set up cameras to livestream border wall construction: report
Jared Kushner, President Trump's son-in-law and senior adviser, and other White House officials are planning to set up web cameras to livestream construction along the border wall, according to a report. Kushner first offered the proposal during a July meeting, pitching the idea as a way to confront criticism that Trump has not followed through on his signature 2016 campaign promise, The Washington Post reported, citing unnamed officials. Click here for more. 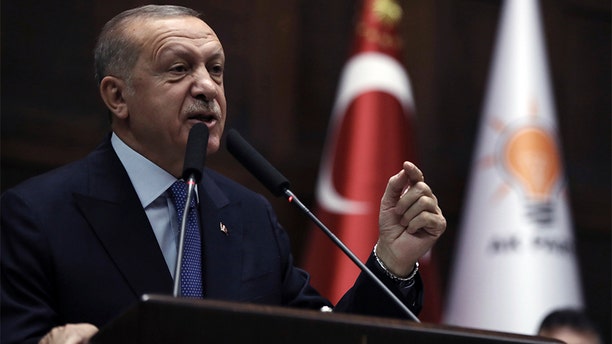 Trump, Erdogan set to meet at White House with tension running high
President Trump and Turkish President Recep Tayyip Erdogan will meet Wednesday amid a strained relationship between the two NATO allies. Turkey has rebuffed the U.S. and is turning toward Russia on security issues and Ankara is facing a Washington backlash over attacks on Kurdish civilians during its incursion into Syria last month.

Erdogan and Trump face an agenda that includes Turkey's decision to buy a Russian air defense system and its attack on U.S.-allied Kurdish forces in northern Syria. On Tuesday, the Turkish leader issued a chilling threat to Europe over looming sanctions over Ankara's unauthorized drilling in the Mediterranean: penalize us and we'll release ISIS prisoners back to European countries.

MAKING HEADLINES:
Exclusive: Trump-Ukraine whistleblower may be soliciting illicit donations.
This 2020 Dem just vaulted to the front of the pack in Iowa.
Climate change activist Greta Thunberg set sail back to Europe sooner than expected.
Evansville stuns No. 1 Kentucky at Rupp Arena, 67-64.

Sean Hannity says Democrats have focused on smearing President Trump and undoing the 2016 presidential election instead of pushing policies that will help the American people.