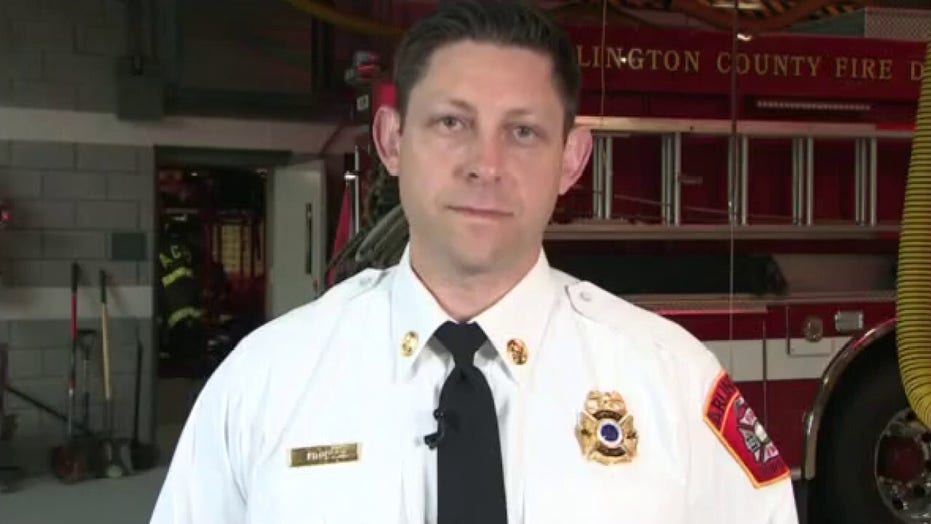 The good Samaritan being credited with coming to the aid of a Kansas driver who lost control of his vehicle after slumping over behind the wheel says he believes in fate – and that God "needed me to be there."

Mark Stump, a director of community services at United Way, made the comments to KSNW following the incident that unfolded in Wichita on Friday afternoon. Witness Jefri Cook told the station she observed a black SUV ride up and down a curb before cutting off the box truck Stump was driving. Stump then left his own vehicle, ran toward the SUV and reached through its open window to help steer it to safety, away from oncoming traffic, she added.

"I’ve got to be a believer in fate. God was guiding me that direction and needed me to be there," Stump told KSNW, noting how he encountered the scene after taking an alternative route to his nonprofit’s facility. "And I guess he figured I’m just crazy enough to act in this situation."

The incident where Mark Stump came to the driver's rescue happened Friday along this stretch of Rock Road in Wichita, Kan., a report says. (Google Maps/United Way)

Stump says when he approached the SUV, the driver appeared gray in color and was slumped over.

He then started beating on the man’s chest in an effort to wake him up. After clinging onto the SUV and traveling about 100 feet, the vehicle eventually came to a halt, according to Stump.

"Fortunately, when he woke up, he hit the brake opposed to the gas and so the vehicle stopped," Stump told KSNW.

The good Samaritan added that once awake, the man appeared confused and told him "‘you need to get away from me, I have COVID.'"

The unidentified man then claimed he lived a few blocks away and left the scene on his own, according to KSNW.

"Just to see that somebody stopped ... that was a big deal," Cook told the station. "That was somebody that just stopped and cared about somebody else for a minute."