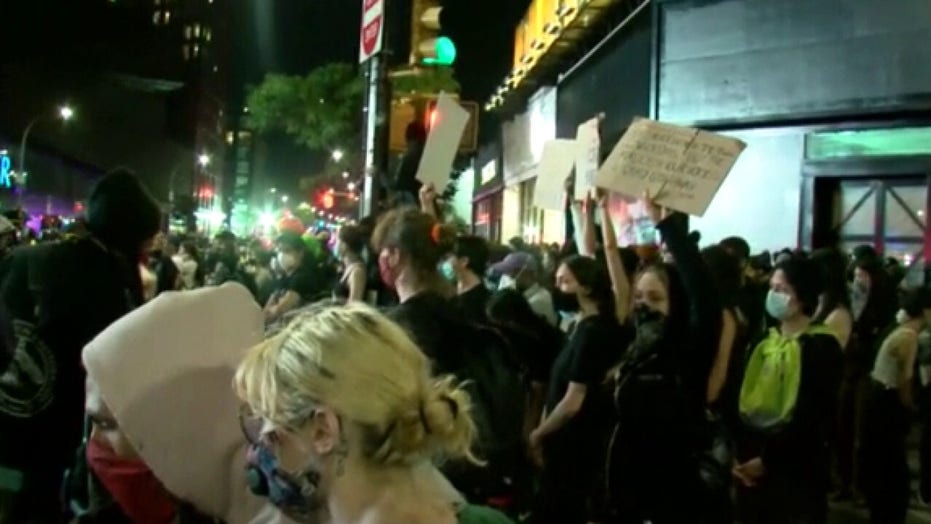 Another day of protests in wake of the killing of George Floyd, a black man, at the hands of a white Minneapolis police officer geared up Saturday as hundreds of people across the country hit the streets.

In Columbus, Ohio, dozens of protesters gathered outside the Ohio Statehouse on Saturday morning, many yelling “I can’t breathe,” “who do you serve?” and “no justice, no peace, no racist police.”

While it started largely peaceful, simmering anger quickly bubbled over, quickly getting out of hand.

Local media reported police deployed tear gas after an officer was hurt in a confrontation with protesters. Images on social media showed police and protesters pouring water on their faces after the tear gas was deployed. A state of emergency was declared soon after.

In Tallahassee, Fla., videos shared on social media showed a driver of a red truck running the vehicle into a crowd of protesters on Saturday. It was not immediately clear if anyone was injured.

The Tallahassee Police Department did not immediately respond to Fox News’ request for comment.

In a Facebook post, the city's mayor confirmed the incident, saying the driver struck the crowd at a "low rate of speed."

"Thankfully no one was seriously injured," Mayor John Dailey wrote. "The driver of the vehicle was immediately taken into custody. The peaceful protestors have my unwavering support and I unequivocally condemn any violence toward protestors."

Lucas von Hollen, an instructor at Florida State University, said he saw the incident as protesters were chanting and marching as in a standard demonstration, but then he heard a distinct scream of fear. He looked out a window from a second-floor work building and saw the burgundy pickup. He described it slowing down as it had driven up toward the protesters, who didn’t move.

“Then the truck revved its engines … a couple people got out of the way, but some people didn’t, and it just drove straight through the crowd.”

He said people followed the car to prevent the driver from getting away.

Floyd, 46, was declared dead on Memorial Day hours after he was pinned to the ground by a Minneapolis police officer, later identified as Derek Chauvin, who kneeled on his neck. A video from the incident showed Floyd struggling to breathe. In a video recorded by a bystander, Floyd is heard saying he cannot breathe. 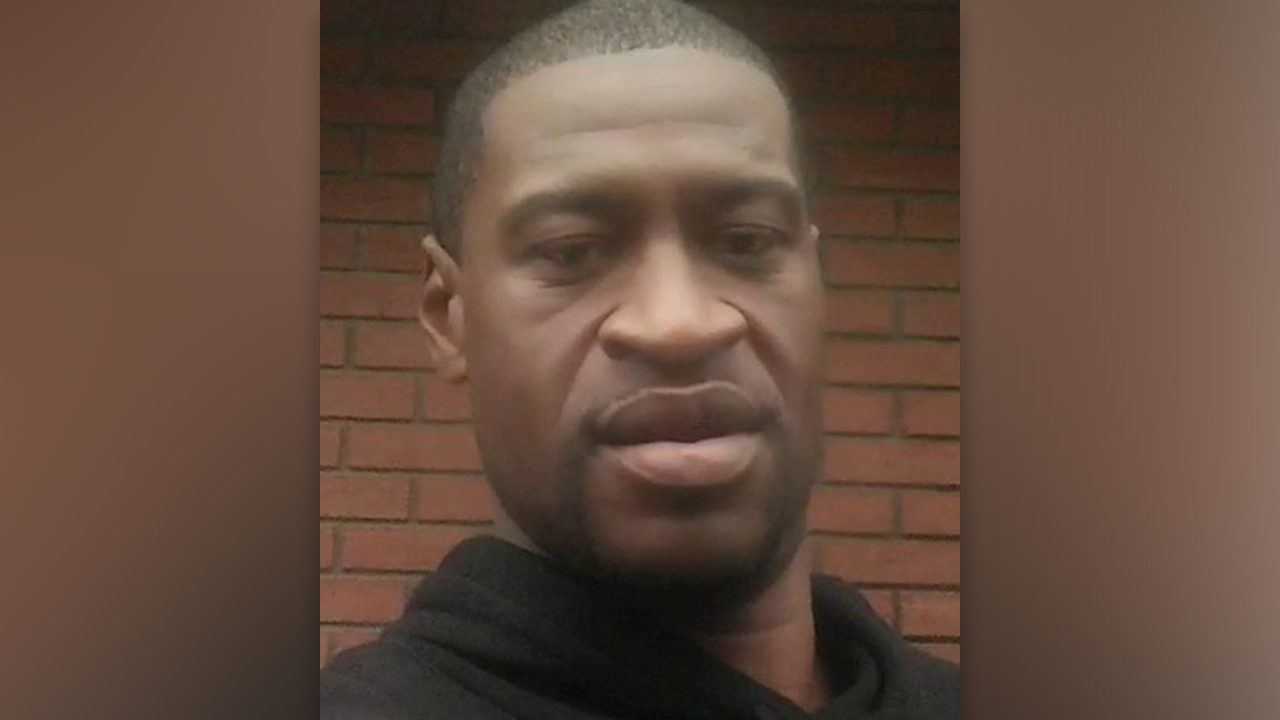 Four police officers -- Chauvin, Tomas Lane, Tou Thao and J. Alexander Kueng -- were fired from the force Tuesday. Chauvin was arrested Friday and charged with murder in the third degree. 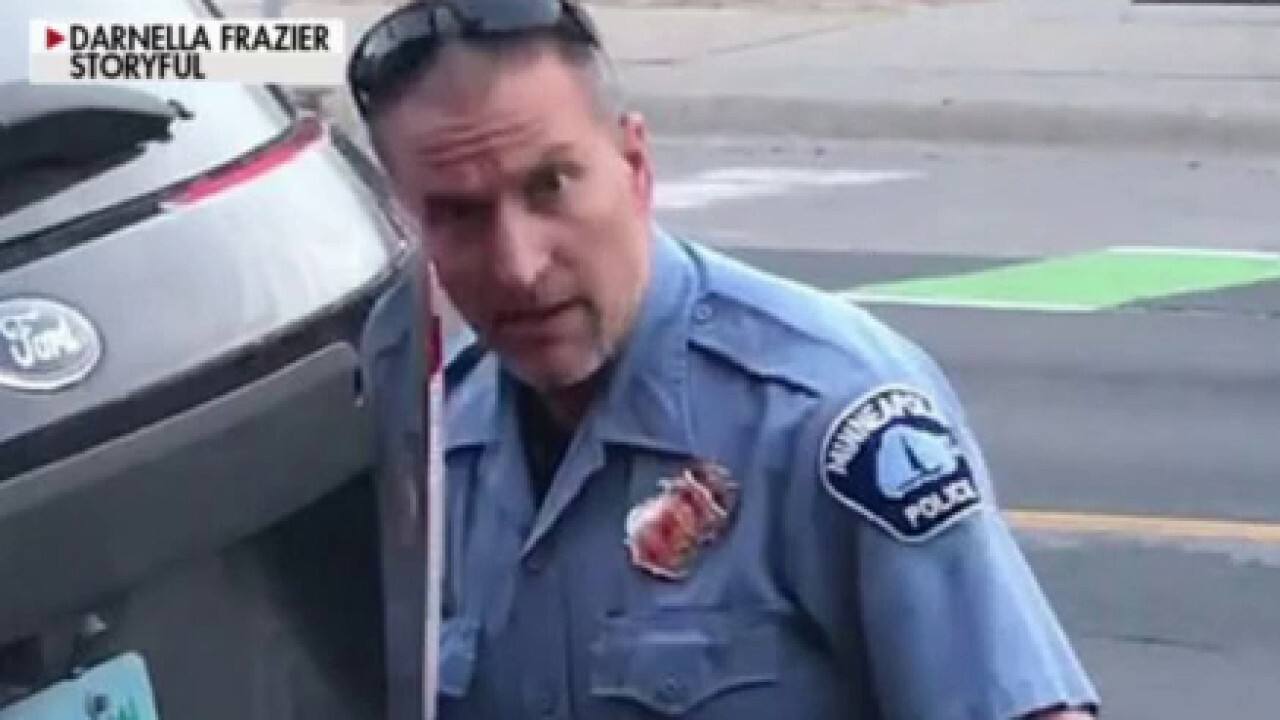 Following a fourth-straight day of protests in Minneapolis, Gov. Tim Walz announced he had authorized “full mobilization” of the state’s National Guard -- a first in the Guard’s 164-year history.

"The tactics and the approach that we have taken have evolved and need to evolve the same way, with a sensitivity to the legitimate rage and anger that came after what the world witnessed in the murder of George Floyd and was manifested in a very healthy gathering of community to memorialize that Tuesday night, which was still present to a certain degree on Wednesday," he said Saturday. "By Thursday it was nearly gone and last night is a mockery of pretending this is about George Floyd's death or inequities or historical traumas to our communities of color."

The anger that seized the nation also comes in the wake of the killing in Georgia of Ahmaud Arbery, who was shot after being pursued by a white father and son while out running.

Several hundred protesters rally around the south steps of the Kansas Statehouse to protest George Floyd's death in Minnesota, Saturday, May 30, 2020, in Topeka, Kan. The participants also recalled the 2017 death of Dominique White, who was fatally shot in Topeka while he fled from police. (AP Photo/John Hanna)

In Austin, Texas, hundreds of protests gathered in front of the city’s police headquarters -- remaining relatively calm. It was in contrast to an overnight demonstration that saw police officers fire bean bag shots and make several arrests.

According to organizers, they were also calling for justice in the shooting death of 42-year-old Mike Ramos, a black and Hispanic man who was shot and killed by Austin officer Christopher Taylor in late April.

Protesters were seen climbing onto U.S. Interstate 35 bridge. At least one person was reportedly arrested outside the police department.

NIKE RELEASES AD IN WAKE OF GEORGE FLOYD DEATH: 'FOR ONCE, DON'T DO IT'

Other protests Saturday were seen in New York City, Albany, New Orleans, Philadelphia, Newark and other cities across the country.

In Columbia, S.C., protesters gathered peacefully outside Justice Square before marching to the city’s police department headquarters. There, they were met with officers dressed in riot gear, videos posted on Twitter show.

In Cincinnati, Mayor John Cranley announced a 10 p.m. curfew Saturday and Sunday in the areas of the city following damage to businesses during protests the night before.

Cranley said hundreds of people had demonstrated peacefully, with no major issues before 11 p.m., but those who engaged in criminal activity "were not part of the protest.” Eleven people were arrested and more arrests will come as suspects are identified, he said.

Outside one of the damaged buildings, a sign read: “Racism is real. Silence is compliance.” In the city’s Washington Park, a crowd swelled to more than 1,000 and began marching toward City Hall through the streets. Organizers said they didn’t want a repeat of Friday night.

Outside the Philadelphia Museum of Art, hundreds of demonstrators gathered, holding signs and chanting. There was also a gathering at Dilworth Park to kneel silently for nine minutes, as police watched.

Hours later, the demonstrations turned violent as police confronted protesters throughout the city. In one video on social media, a Pennsylvania State Police vehicle can be seen lit on fire.