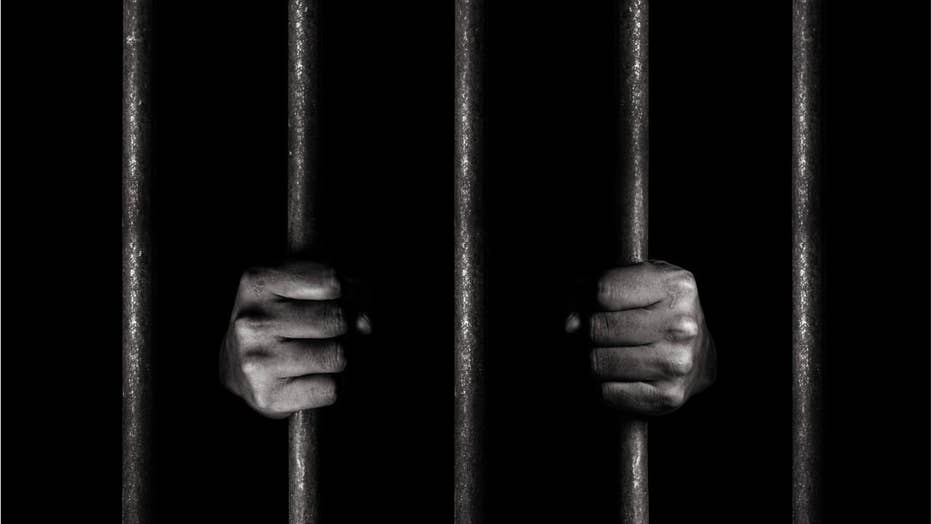 Inside the shadowy, unspoken world of prison rape

Inside unspoken world of prison rape. The Justice Department released a report on rape in juvenile jails however experts who work with the youths say the numbers aren’t telling the whole story.

It was a secret that Jason, a Mississippi state inmate, couldn’t keep locked up in his mind any longer.

“I was in protective custody, and he was a general population inmate. He told me he was going to get me,” the inmate documented in written testimony, viewed by Fox News. “I came out of my cell for a shower when he called me to his cell. Then he pulled a knife on me.”

Jason chillingly recalled how he was thrown down despite his objections, the blade at this throat, and his perpetrator’s harsh threats not to make a sound; otherwise, he would be killed.

“Then, he raped me. He told me if I tell anyone, he would kill me. I went back to my cell and scrubbed myself with a rag,” the scrawled recollection underscored. “I took a bunch of pills and tried to commit suicide.”

While Jason said he made it through the ordeal – now referring to himself as a “survivor” – he has pledged not to stay silent in the hopes of “making a difference.” And, he is far from alone in the ever-murky, unspoken world of rape and sexual assault behind bars.

“This type of violence is rampant in U.S. prisons and jails. Every year, a staggering 200,000 people are sexually abused while locked up,” Jesse Lerner-Kinglake, a spokesman for health and human rights organization Just Detention International, citing the most recent available data from the Bureau of Justice Statistics (BJS), told Fox News. “Both inmates and corrections officers perpetuate abuse, and contrary to public perception, at least half of all abuse is committed by officers.”

A report released late last year by the Department of Justice (DOJ), entitled, “Sexual Victimization Reported by Youth in Juvenile Facilities, 2018” – based on anonymous surveys issued to over 6,000 young people in detention facilities across the country – found that the percentage of youth reporting sexual assault declined from 9.5 percent in 2012 to 7.1 percent in 2018.

Correctional administrators reported 24,661 allegations of sexual victimization in 2015, nearly triple the number recorded in 2011. Among the allegations in 2015, a total of 1,473 were substantiated, 10,142 were unfounded, 10,313 were unsubstantiated and 2,733 were still under investigation, BJS reported.

In 2003, Congress passed the Prison Rape Elimination Act (PREA), making it compulsory that BJS “carry out a comprehensive statistical review and analysis of the incidence and effects of prison rape” each year and that it had to include the identification of the common characteristics of both victims and perpetrators and pinpoint the places with frequent incidents of prison rape.

Some 24,661 allegations of sexual victimization were reported in U.S. correctional facilities in 2015. (Dan Kitwood/Getty Images, File)

In 2012, the DOJ put in place nationally enforceable mechanisms in an effort to expand upon the 2003 requirements aimed at preventing, detecting and responding to prison rape more effectively. Such requisites included prohibiting juveniles from being incarcerated with adults, video monitoring and a stop on cross-gender, pat-down searches.

Progress has been made, but the road has been long and winding.

“Not nearly enough is being done to combat the problem. Sexual abuse in detention is totally preventable, and the fact that it happens at all is shameful. Corrections officials are duty-bound to prevent this violence,” Lerner-Kinglake contended. “The investigations process is, overall, not adequate. The PREA rules do a good job of outlining what steps investigators must take and how investigations should be conducted – applying the same guidelines that any sexual assault investigation should follow.”

He acknowledged that while some facilities were making good faith efforts to conduct strong investigations, their most recent data showed that less than seven percent of sex-abuse reports were substantiated.

And, it’s an issue that’s affected both men and women behind bars.

Activists and the DOJ have pointed to cases where corrections officers have raped and impregnated incarcerated women. In some cases, inmates were raped to pay off debts; the crimes often were worse in overcrowded locations. Critics also said that, given the shame and fear surrounding the sensitive nature of the crimes, many incidents went under-reported.

The issue also has compounded concerns regarding the spread of sexually transmitted infections.

Human Rights Watch pointed out that those most vulnerable to predators typically included those who were “young, small in size, physically weak, white, gay, first offender, possessing ‘feminine’ characteristics such as long hair or high voice; being unassertive, unaggressive, shy, intellectual, not street-smart or ‘passive’; or having been convicted of a sexual offense against a minor.”

In a statement provided to Fox News, the Bureau of Prisons (BOP) underscored that it has taken “allegations of sexual misconduct seriously,” holding inmates “accountable for their actions.”

“We are committed to protecting the rights of our incarcerated population, and inmates are encouraged to immediately report allegations of sexual misconduct,” the statement continued. “All new staff are provided mandatory training on how to handle a PREA allegation and staff at all BOP correctional institutions receive annual training on procedures to address sexual misconduct, including inmate education and providing security to inmates who allege they are victims.”

However, Just Detention International has accused the government of omitting crucial data, such as failing to analyze groups such as youth with a history of sexual victimization who have been especially vulnerable, and underscoring the dynamics of staff abuse as in past reports.

“It’s clear that we’re making progress in the effort to prevent sexual abuse, but leaving out this information means that advocates and corrections officials alike have to move forward with one arm tied behind our back,” noted Lovisa Stannow, Just Detention’s executive director, who further emphasized that despite the overall dip, “there are youth facilities with appallingly high rates.”

Jesse Kelley, the government affairs manager overseeing criminal justice policy at the R Street Institute think tank, stressed that the 2015 BJS report found that 58 percent of the allegations of sexual assault were made against corrections officers. In her view, not enough was being done to stop the assaults.

“Any crime that is committed within a prison should be investigated and prosecuted like any other offense that occurred outside of prison,” Kelley said. “Each detention facility should have a safety plan in place to limit any interaction between an accused guard and the reporting individual, at least until an adjudication is made.”

According to one convicted white-collar offender who recently spent over five years in federal prison at various custody levels and at multiple facilities, but requested his name not be used, inmates frequently were made aware of PREA and “how seriously” administrators were taking it.

But, each lockup had its own interpretation.

“At higher-security spots, they tend to focus more on rape as you would envision in the movies, guys that are lifers who prey on weak individuals and who wouldn’t think twice about killing you,” the insider revealed. “It’s a very different mindset in higher spots. The bottom line is that real dangerous rape is happening at the higher-security facilities where you have more predators and dangerous longtime convicts.”

Rape also has been used as a form of punishment within the prison community, the former inmate underscored, taking place in pockets that were “out of sight, more controlled by the group doing the preying, and places routinely not within the eye or earshot of a corrections officer.”

“It’s a political and press nightmare, and there will be scapegoats like in the [Jeffrey] Epstein officers who happened to be on shift at the time,” the source added. “I guarantee almost every officer has signed off of something that is way less than accurate.”

Just Detention asserted that victims of behind-bars sexual abuse were the “forgotten voices” of the #MeToo movement and that many people assumed that it was an inevitable part of prison life even during a time of accountability and heightened awareness. The group's tagline: “Rape is not part of the penalty.”

Victims often have been trapped in hopeless situations – a perpetual cycle of frequent abuse, according to the experts.

However, others working closely in the system argued that prominent strides have been made in recent years, and much more was being done to counter what was once a festering epidemic cloaked by the obscurity of humiliation.

Gabe Morales, a 30-year corrections veteran and the executive director of Criminal Justice Solutions, which has provided training and career development in an endeavor to reduce crime in communities, concurred that jails and prisons have been on the path of improvement.

“The older, linear-celled style jails and prisons did not provide much observation by staff. Many facilities are now direct supervision. There is still the occasional inmate or inmate rape if double-celled or in enclosed areas that are not well-supervised,” he said.

But, the problem still has persisted.

“Usually, rape is inmate-on-inmate and not seen or condoned by the staff. Sexual relations by staff often happens by inmate manipulation whereby the staff is compromised to bring in drugs and contraband or be reported,” Morales noted. “Usually [the assault] happens at night, but sometimes in secluded areas in the daytime.”

He emphasized that he has never seen administrators turn a “blind eye” to such incidences, but he has encountered a “few bad apples” among the staff over his lengthy career.

“It was often done in teams of two or three, so they could have lookouts, but there are very secrets in corrections,” Morales continued. “Eventually someone tells, or they are caught in the act. If the staff was accused – and there were probably more false accusations by inmates for manipulation purposes, revenge, or trying to get rid of hard-nosed staff – the staff was immediately reassigned or put on administrative leave. If anything, PREA has made officials overreact because they do not want to sued or monitored more closely by the DOJ.”

And, across the board, people working with survivors and inside the dark walls of incarceration have agreed about why the issue of prison rape rarely made headline news.

“A lot of the public – especially victims of crime – believe offenders deserve whatever punishment they get,” Morales added. “Many non-corrections civilians think inmates have it too good.”