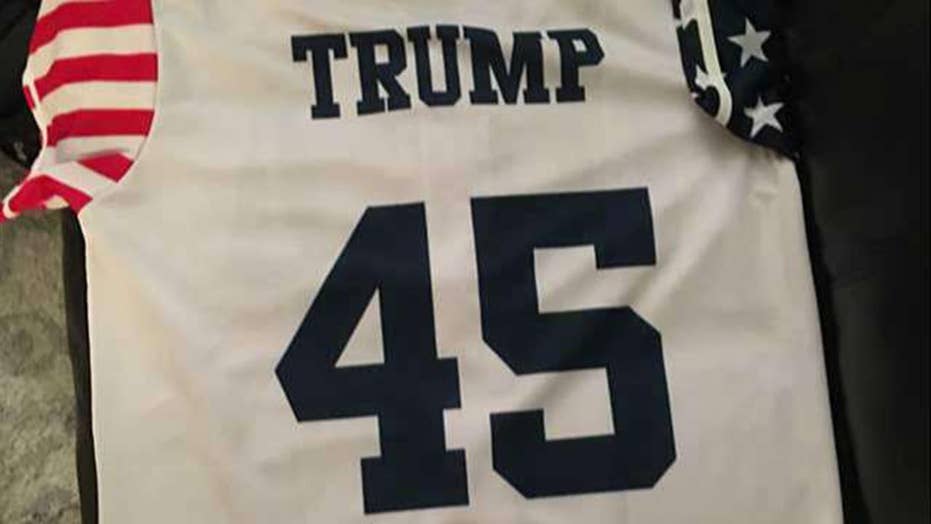 ANGIER, N.C. – A North Carolina school district has replaced a high school principal for asking a student to remove a jersey with "Trump 45" on the back for a patriotic-themed Friday night football game.

Harnett County Schools released a statement announcing a new principal replaced Cindy Gordon after she allegedly told a senior male student at halftime to remove is “Trump 45” jersey because it was “too political” and bothered some parents at the game.

The district said it “affirms students’ rights to express themselves—including wearing clothing expressing political messages or supporting political candidates or officeholders—in ways that are not expected to disrupt school or school events.”

Mike Collins, the student’s father, said his son was “humiliated” and “embarrassed” for being “singled out” in front of fellow classmates at the football game.

“There is nothing political about this shirt,” the boy’s father, a registered Democrat, told “Fox & Friends” Saturday. “Whether you support our president, whether you agree or disagree, that has nothing to do with this.”

Collins said his son felt violated after Gordon asked him to remove the jersey or leave the game.

“We still just can’t comprehend the decision the principal made, but he did respect her and her wishes, just as he respects the president,” Collins said.

The Collins family attorney said they are pleased but still are not sure if further action will be considered.

The district’s release did not mention Gordon by name, leaving it unclear as to whether she’s still employed.