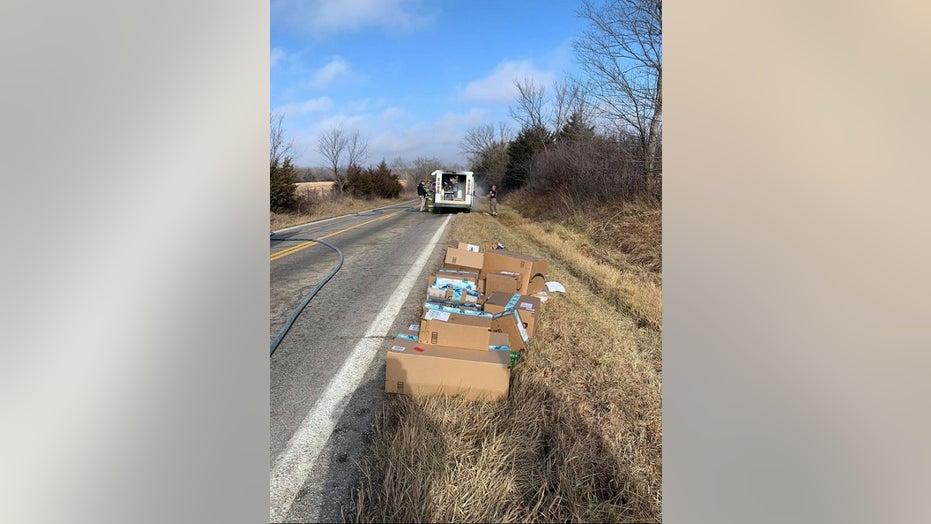 A U.S. Postal Service employee in Kansas is being credited with saving Christmas over the weekend when he jumped into action to rescue several Amazon packages and other deliveries from his burning mail truck.

The unidentified employee smelled smoke coming from his truck while he was out on delivery Sunday in Osawatomie, Osawatomie Fire Chief Brian Love told Fox News.

Love said the postal worker pulled over upon seeing smoke coming from his truck engine and realized he couldn't control the fire.

"He decided to remove the packages from the truck," Love said, adding the boxes were placed several feet behind the truck so they wouldn't incur damage.

The front of the truck was fully engulfed when the fire department arrived, he said. On its Facebook page, the department proclaimed the mailman "saved Christmas!"

"Your Prime delivery may have just lost its Prime. The good news is, the mailman saved Christmas!," the post read.

The postal worker and the packages were unharmed, Love said. He said the cause of the fire was a mechanical failure.