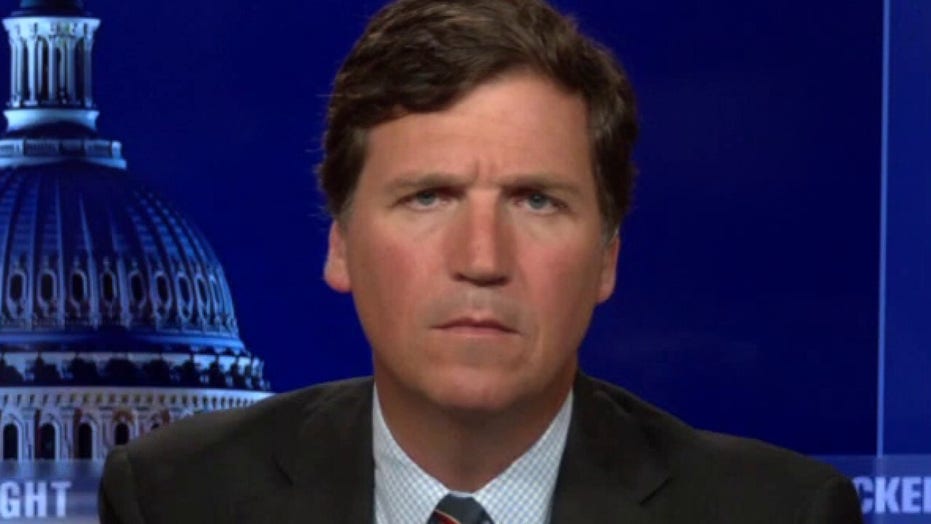 'Tucker Carlson Tonight' host weighs in on the push for mask regulations in some U.S. cities despite vaccination status

A coalition of police and firefighters are suing Gov. Kate Brown over her mandate requiring COVID-19 vaccination for state workers.

The lawsuit, filed in Jefferson County Circuit Court, says the plaintiffs are the Oregon Fraternal Order of Police along with troopers from around the state and firefighters at the Kingsley Field Air National Guard Base in Klamath County, KOIN-TV reported.

It names the governor and the state of Oregon as defendants.

The group is asking a judge to declare Brown’s executive order "unenforceable," claiming it allegedly works against existing Oregon statutes and would result in wrongful termination of employees, according to the lawsuit.

The lawsuit comes after an Oregon trooper was placed on paid leave for posting an Instagram video declaring his intent to defy the state's vaccine mandate.

"I swore an oath to uphold the Constitution of the United States, to protect the freedom of the people who pay my salary," Zachary Kowing, 29, said in the video posted to Instagram last week. "I do not work for my governor but for them."

FILE - In this March 16, 2020, file photo, Oregon Gov. Kate Brown speaks at a news conference in Portland, Ore. The Oregon Supreme Court has upheld the governor's shutdown orders aimed at preventing the spread of the coronavirus. The court overturned a judge in a conservative and rural part of the state who ruled Brown's restricting of activities had been nullified after a time limit. (AP Photo/Gillian Flaccus, File)

The order, which was announced in August as Brown reinstated an indoor mask mandate amid a surge of COVID-19 cases, requires all executive branch employees with the state of Oregon to be fully vaccinated on or before Oct. 18 or six weeks after a vaccine receives full approval from the U.S. Food and Drug Administration.

But the Kowing said the order does not account for his religious beliefs.

"I have personal and religious reasons as to why I will not take the vaccine, as well as the freedom to choose not to," he said in the video which was filmed in his patrol car, adding that he has "fallen in line" for more than a year "with these useless, ineffective mask mandates and I will no more."

The Pfizer vaccine was fully approved by the FDA on Aug. 23.

Gov. Brown’s office declined to comment to KOIN on the pending litigation.

Brown spokesperson Liz Merah said in a statement that the governor is responding to a public health crisis.

"Given the seriousness of the situation, employer vaccine requirements have become an important tool, and state government plays a part. It’s critical to protect state workers, workplaces, and facilities, as well as members of the public who use state services."