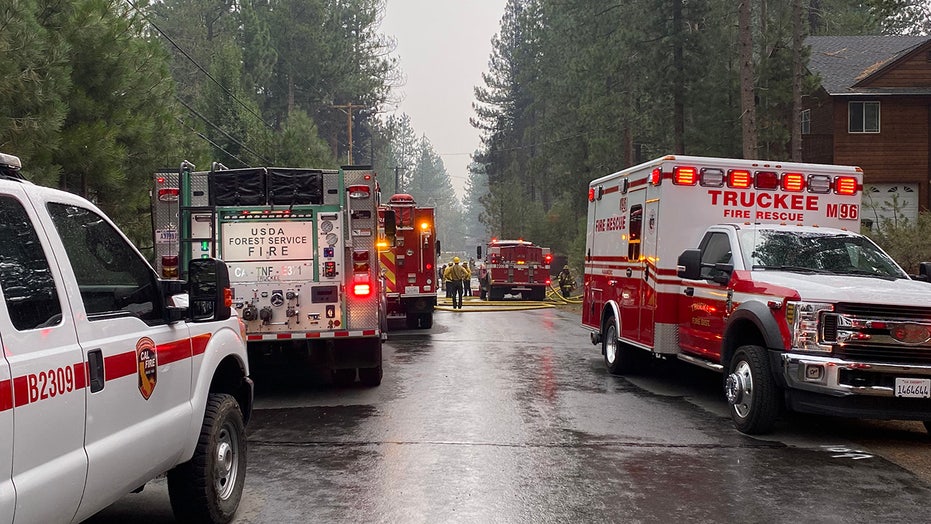 Six deaths have been confirmed in the crash of a twin-engine jet near a golf course in the Lake Tahoe area, authorities said Wednesday.

The Nevada County Sheriff’s Office said all those aboard the Bombardier CL 600 died when it crashed Monday in a heavily wooded area near the Ponderosa Golf Course in Truckee, near the Northern California border with Nevada. Authorities initially said three people died in the crash.

The identities of the victims weren't released pending DNA identification. Nobody on the ground was injured.

The aircraft went down several blocks from a runway as the pilot was trying to land at Truckee-Tahoe Airport, the Federal Aviation Administration said.

The plane burst into flames, but the fire was quickly doused.

TEENS TRAPPED ATOP ROLLER COASTER FOR 2 HOURS RESCUED BY FIREFIGHTERS

The National Transportation Safety Board said Wednesday that two of its investigators were on the scene investigating the crash.

It says the flight originated from Coeur d’Alene, Idaho.