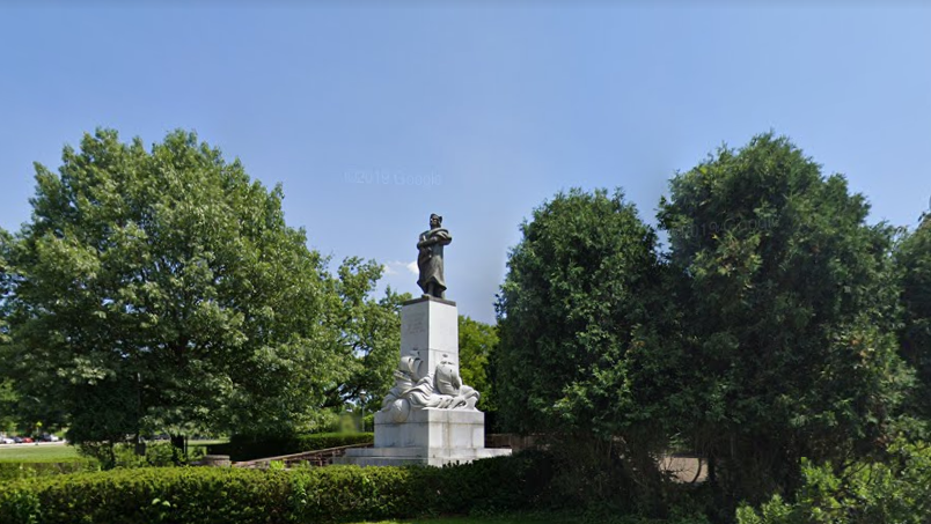 The fate of a Christopher Columbus statue in Pittsburgh has potentially been decided after the city's art commission voted this week to remove the longstanding monument from Schenley Park, according to reports.

But the move by the Pittsburgh Art Commission faces a lawsuit filed by a group that defended the statue of the 15th century Italian explorer as being symbolic of Italian-American pride and heritage.

Others felt the monument should stay, including Carmella Mullen, who had requested that the commission keep an "open mind" about the statue.

She feared its removal would be “the tip of the iceberg," for other statues to be taken down, according to the Pittsburgh Post-Gazette.

“I also think that the Italians should be respected for their contributions to this city, as all cultures should be and I would like to see our statue stay,” Mullen told the commission.

Mayor Bill Peduto, who recommended the statue's removal earlier this month, referred to his own Italian-American heritage in stating his position.

“Italian-Americans viewed [Columbus] with pride as they were being vilified and murdered,” he wrote in a letter to the commission this month. “Today, those experiencing oppression in our country see him as a symbol of what divides us and a progenitor of slavery and racism.”

The decision to remove the statue also drew criticism from others, including the Pittsburgh-based Italian Sons and Daughters of America (ISDA), who sued Peduto and the city, arguing the commission’s vote violated citizens’ right to due process, according to the paper.

Matt Minski spoke on behalf of the ISDA and urged the commission to delay its vote until the lawsuit was settled. He said the statue was put into place by a city ordinance that requires it to be maintained by the city in perpetuity and can't be removed.

The city, meanwhile argued that it only needed to maintain the statue, and doesn't need to maintain it in a state of perpetuity, the Post-Gazette reported.

The fate of the statue will likely be decided by an Allegheny County judge. A virtual status conference on the lawsuit by the ISDA that seeks to halt its removal from the park was held before Judge John McVay Jr. on Thursday afternoon.

The judge wasn’t expected to make a ruling Thursday, according to Pittsburgh's KDKA-TV.

Columbus statues across the country this year have been targeted by protesters over his treatment of indigenous people after arriving in the Western Hemisphere from Europe in 1492. In July, monuments of the well known Italian explorer were removed in Chicago and Columbus, Ohio.