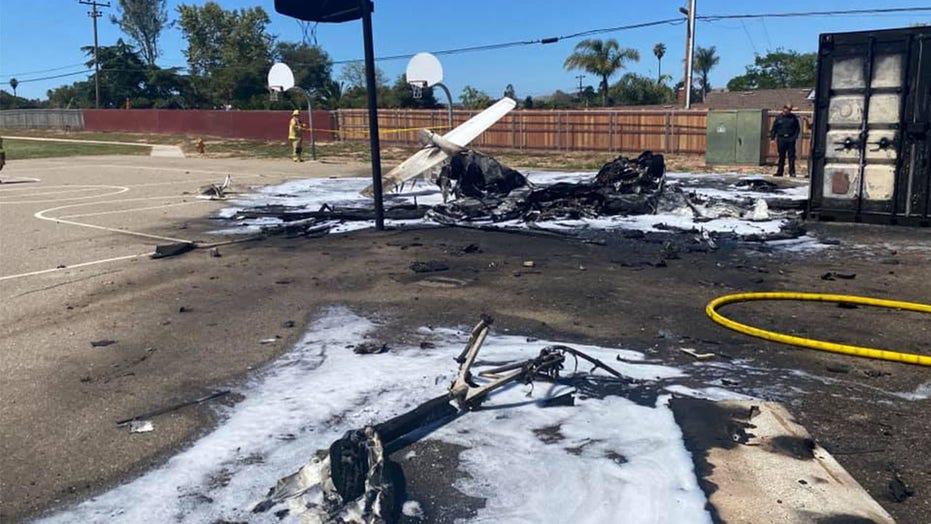 A pilot died Wednesday morning after crashing a single-engine plane at an elementary school near the Central Coast of California.

The plane crashed around 10:45 a.m. on the grounds of Ralph Dunlap Elementary School in Orcutt, some 165 miles north of Los Angeles, the Santa Maria Times reported.

A pilot crashed on the grounds of an elementary school in Santa Barbara County Wednesday morning.  (Santa Maria Fire Department)

The plane burst into flames and the pilot died at the scene, the fire department said. His identity has not been released.

The plane, a single-engine Cirrus SR20, had departed from Van Nuys Airport near Los Angeles earlier in the morning and was headed for Santa Maria Airport, some four miles from the school, CBSLA reported.

A photo of the crash site shows the remains of the plane strewn about a basketball court. It was unclear if any other buildings were damaged.

There were no injuries or fatalities reported other than the pilot. No students or staff were at the school because of a statewide mandate prohibiting in-person classes during the coronavirus pandemic.

The FAA and the National Transportation Safety Board is investigating what led to the crash.