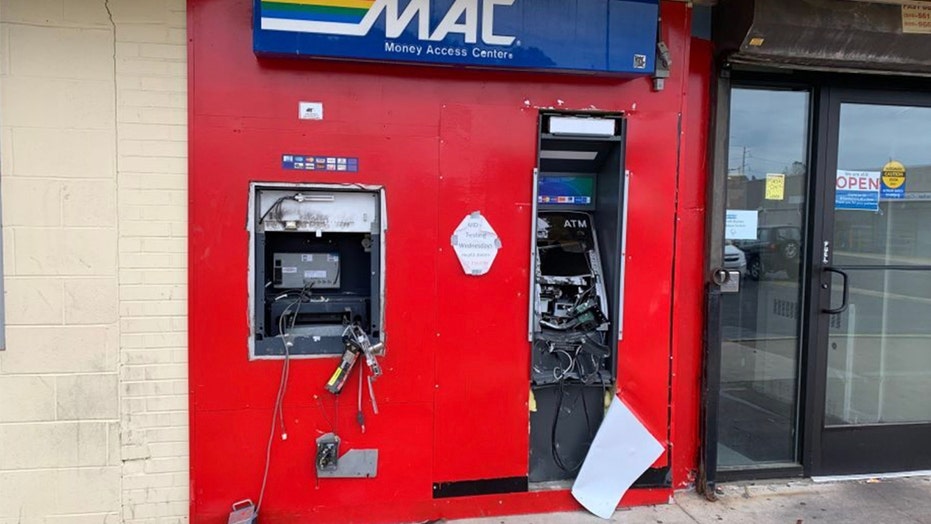 Trump threatens to use military to quell violent protests

Military leaders disagree on being used as a prop by Trump; Jennifer Griffin reports.

Explosives planted in an attempt to break into a Philadelphia ATM detonated Tuesday morning, leaving a 24-year-old man dead, according to local reports.

The blast damaged the machine’s electronic components but left its safe intact, according to Fox 29. Police found live explosives at the scene.

First responders rushed the man from the sidewalk outside Sidekicks Sports Bar on North 2nd Street to Temple University Hospital around 6:15 a.m., according to Philly Voice. He was later pronounced dead.

Investigators examined debris from the blast and a vehicle parked near the damaged ATM, NBC 10 Philadelphia reported.

There were reports of similar explosions in other parts of the city as well, events that the city’s police commissioner reportedly labeled as “organized” and “coordinated.” Photos and videos posted to social media show some of the damage.

In one video, a group of men rush over following a small explosion. A crowd begins to gather at the scene, and eventually they take off.

Protests have popped up in Philadelphia and other cities in response to the Minneapolis death of George Floyd, who died in police custody after an officer appeared to pin him by the neck to the ground with a knee for more than eight minutes in an incident caught on video.

Former officer Derek Chauvin, who along with three others was fired from the Minneapolis Police Department in response to the incident, now faces charges of murder and manslaughter.

Looters and vandals have taken advantage of the unrest to wreak havoc on businesses.

Philadelphia police are regularly posting updates to the protest-related arrest totals on Twitter.

As of Tuesday afternoon, the Philadelphia Police Department said almost 700 arrests had been made, most of them for things like curfew violations and failure to disburse.

At least 186 people were arrested in connection with looting and burglaries and 10 for alleged assaults on police officers.