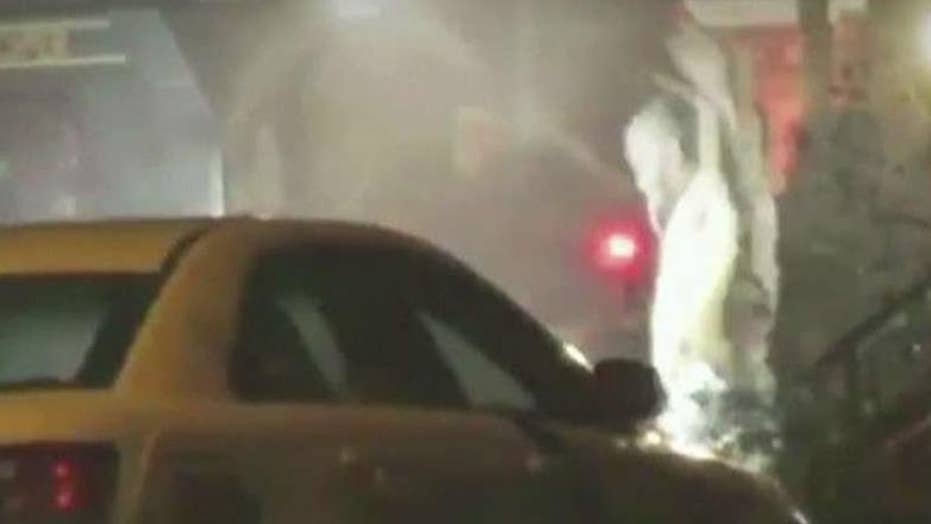 New details on the suspect who shot at Philadelphia police in an hours-long standoff are being revealed; Rick Leventhal reports from the scene.

The suspect accused of shooting six police officers during an hourslong standoff in Philadelphia last week was given a phony deal by the city's district attorney — who said it was "bulls---" from the start.

Around 4 ½ hours into the 7 ½-hour standoff, Hill was apparently curious about what kind of prison term he could be facing as he was encouraged to surrender.

District Attorney Larry Krasner said when he initially told Hill he could be facing 25 years in prison, Hill tried to negotiate and "said 20" — to which Krasner agreed.

“We need to be clear here: This was bulls--- from the beginning,” Krasner told The Philadelphia Inquirer, describing the agreement as "phony baloney."

Krasner said Hill requested the agreement in writing — which the district attorney claimed he started, but never finished. He said the suspect's lawyer was in on the mock agreement. 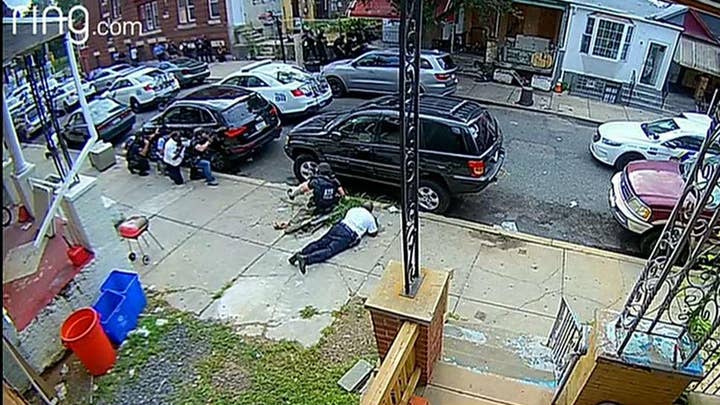 Investigators said Hill fired more than 100 rounds and surrendered when police deployed tear gas. No one died or suffered life-threatening injuries during the attack.

Hill has an extensive criminal record that includes multiple arrests in Philadelphia and adjacent Delaware County between 2001 and 2012, according to online records. His criminal convictions include assault, perjury, fleeing and eluding, escape and weapons offenses.

He served three stints in state prisons, with one of those coming on account of a probation violation. He was also sentenced to 55 months in federal prison over a pair of convictions for being a felon in possession of firearms.

The suspect allegedly used a semi-automatic rifle and a handgun during the shooting, which authorities have said he should not have been allowed to legally obtain due to his record.