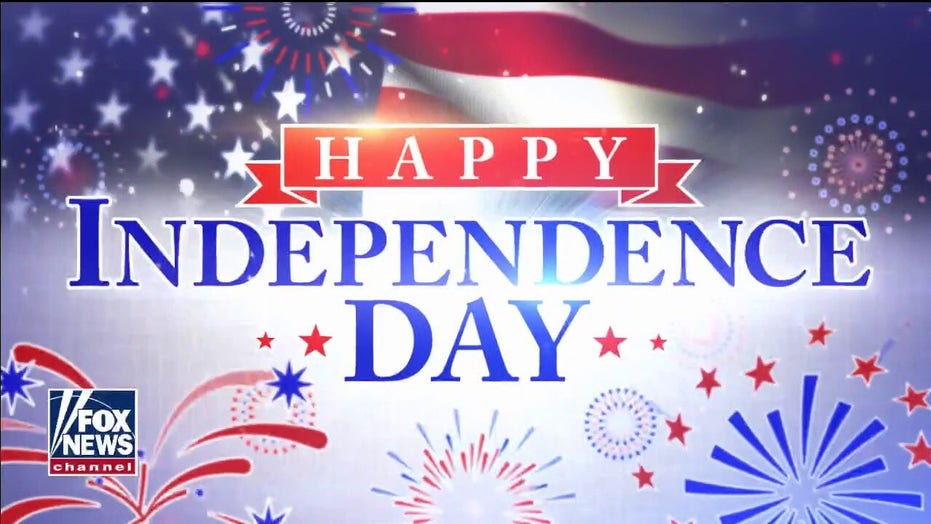 America Salutes is a first-of-its-kind virtual event recognizing the 150,000 recent high school graduates who enlisted in the U.S. military.

Fourth of July festivities have been pared down in many states due to the continuing threat of coronavirus, but the National Fireworks Association says a record number of people are buying fireworks for personal use.

FOURTH OF JULY: WHY DO WE CELEBRATE WITH FIREWORKS?

Some fireworks sellers are reporting a spike in sales of 200 to 300 percent, CNBC reported.

The still-raging pandemic has convinced many people to stay home over the holiday weekend. Officials in some states have canceled fireworks displays to avoid drawing large crowds of spectators who could spread the virus..

In this July 4, 2013, file photo, people watch as fireworks explode overhead during the Fourth of July celebration at Pioneer Park in Prescott, Ariz. For many Americans, the Fourth of July won't be about big festivities but setting off fireworks themselves. (AP Photo/Julie Jacobson, File)

So many people are buying their own fireworks -- some for the first time.

But an anticipated rise in private use of fireworks has raised concerns by public safety officials about the increased likelihood of accidents and fires.

In Ontario, California, a man in his 30s had his left hand blown off Thursday while lighting illegal fireworks, police said. He lit an aerial device but it didn't go off immediately, only detonating after he approached it, authorities said.

Lost fingers and limbs are a common occurrance during Fourth of July festivities due to improper use of fireworks, officials said.

Health experts urge people not to use larger, more powerful fireworks like mortars and cherry bombs, and to refrain from lighting any fireworks when under the influence of drugs and alcohol.

In this July 2, 2013, file photo, a family purchases fireworks at a TNT Fireworks stand in the City of Monterey Park, Calif. With fewer professional celebrations on July 4, 2020, due to the coronavirus pandemic, many Americans are bound to shoot off fireworks in backyards and at block parties. And they already are: Sales have been booming. (AP Photo/Nick Ut, File)

The National Fireworks Association advises that people have a sober "designated shooter" in charge of the colorful displays.

Some cities have received more complaints of illegal fireworks this summer than in previous years.

An illegal sales operation at a private residence was busted in Phoenix, Arizona, after police seized nearly 4,000 pounds of banned fireworks this week. The state wrestles with dangerous and destructive wildfires each year, and thousands of residents petitioned to have fireworks banned because of their propensity to start house fires that spread.