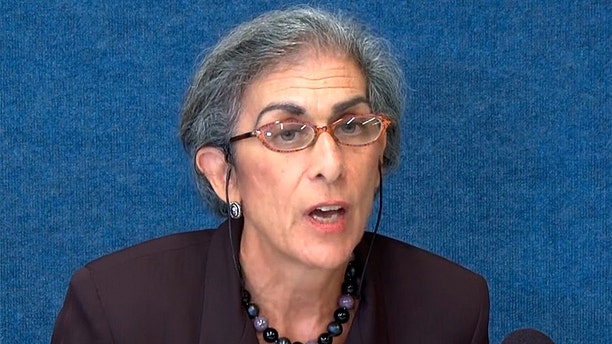 A conservative tenured law professor at the University of Pennsylvania has been removed from teaching required first-year law courses for comments she made about black students in her classes.

“Here’s a very inconvenient fact, Glenn,” Wax told the host. “I don’t think I’ve ever seen a black student graduate in the top quarter of the class, and rarely, rarely in the top half. I can think of one or two students who’ve scored in the top half of my required first year course.”

Although Ruger has defended Wax before, he wrote a letter to the Penn Law community to state Wax’s claims are false.

"Black students have graduated in the top of the class at Penn Law, and the Law Review does not have a diversity mandate. Rather, its editors are selected based on a competitive process," he said. "And contrary to any suggestion otherwise, black students at Penn Law are extremely successful, both inside and outside the classroom, in the job market and in their careers."

A Penn Law spokesman told Fox News Wax has not been demoted or sanctioned in any way. She has tenure at the university and will retain her salary and her seniority. She will continue to teach a full course load of electives but will not be teaching a mandatory first-year law school course.

Wax has made provocative statements before, claiming Anglo-Protestant cultural norms are superior to others. She also claimed in a Philadelphia Inquirer op-ed last year that America should return to the bourgeois culture of the 1950s. In that article, she condemned "the single-parent, anti-social habits, prevalent among some working-class whites," ''the anti 'acting white' rap culture of inner-city blacks" and the "anti-assimilation ideas gaining ground among some Hispanic immigrants" and said they were not suited for a "First World, 21st-century environment."

In a lecture defending the op-ed, Wax warned against the backlash she had received, adding, at one point, Ruger admitted to her there is only one acceptable view on immigration at Penn Law.

She read a quote someone wrote about her situation: “What happened to Amy Wax can happen to you. There is nothing stopping anyone from coming after you. If you say something deemed unacceptable, with public shaming and unreasoned condemnation, once you are labeled a hater, a xenophobe, a racist, or a white supremacist, that label will stick and nothing else will matter in this internet age.”

Jonathan Zimmerman, an education history professor at Penn who has previously defended Wax, told Inside Higher Ed he disagrees with her on a number of issues but found the university’s reaction chilling.

“Is there any achievement gap among law students?” Zimmerman asked. “I’d like to know the degree to which there is or isn’t, and the dean’s statement is creatively ambiguous, what the lawyers among us might call nonresponsive.”

Another Penn professor, Marybeth Gasman, the director for Penn Center for Minority-Serving Institutions told Inside Higher Ed  it was apparent Wax “did not have data” and instead relied on “false” anecdotes to make her claim.

Wax did not immediately respond to request for comment.