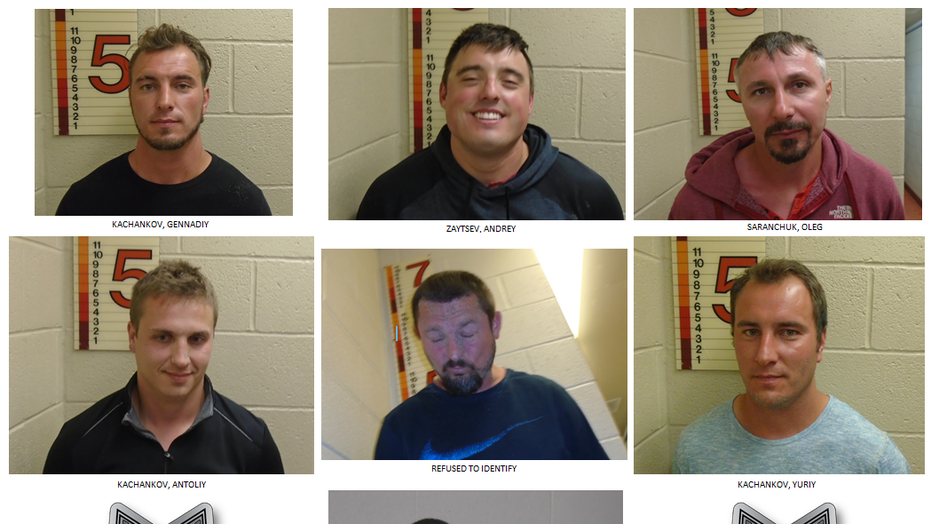 Oregon police were called to an ocean beach on the Fourth of July and arrested seven white adults they say harassed a Black family with racial slurs and Nazi salutes.

The incident began with officers responding around 9:30 p.m. to a report of a group of people shooting off illegal fireworks and causing a disturbance, Lincoln City police said.

More officers arrived after the cops who initially responded were surrounded by the group, taunted and challenged to fights, police said.

Police said officers also spoke to the family who complained about the harassment and said they felt intimidated.

Mugshots for seven white men police said harassed a Black family with racial slurs and Nazi salutes at an Oregon beach on the Fourth of July. (Lincoln City Police Department)

The family left the beach safely after officers formed a line between the group and the family, police said.

“After several more officers arrived on scene, they moved in on the confrontational and highly intoxicated group and began placing them under arrest for a variety of criminal charges.”

The mugshot for Zaytsev shows him smiling broadly.

All were all charged with riot, interfering with police, disorderly conduct II, harassment, possession of illegal fireworks, and offensive littering.