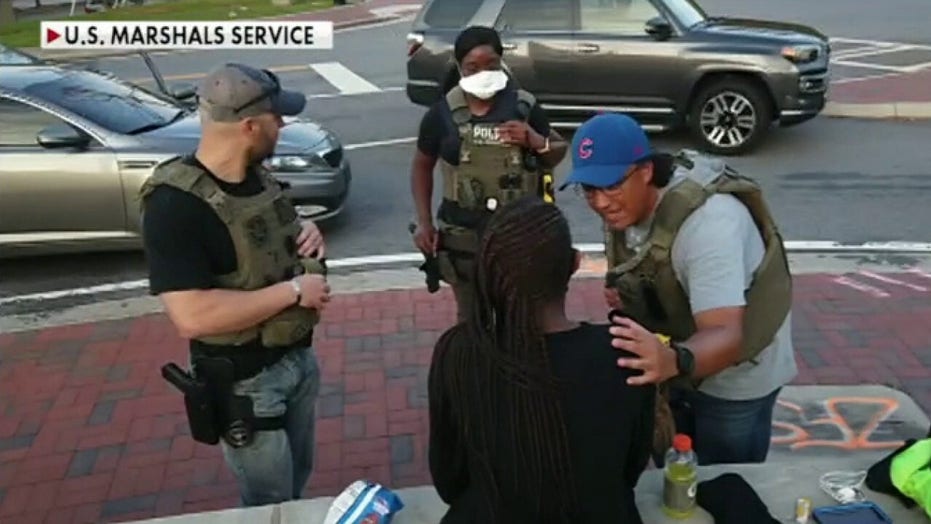 Operation Not Forgotten: Georgia attorney general on rescue of 39 missing or endangered children

The U.S. Marshals Service recovered at least 25 missing children in Ohio in a two-week stretch as part of an ongoing operation in the Buckeye State.

“Over the weekend U.S. Marshals rescued dozens of missing children across Ohio, many of whom were being trafficked.” Gov. Mike DeWine said during a Tuesday news conference.

“Operation Safety Net" is still in its first two weeks and is ongoing, according to the Marshals Service. It's being carried out in conjunction with local law enforcement agencies around northern Ohio.

DeWine described it as a "great, great effort," and although only some of the children were believed to be victims of human trafficking, he called on all residents to recognize and report signs of it.

They can include a young person who repeatedly runs away, individuals who move often, a young person with someone who is older and unrelated, or signs of physical abuse, among other indicators, he said.

The news comes days after a different Marshals-led task force helped recover 39 missing children from multiple locations in Georgia during Operation Not Forgotten. (Photo by: Shane T. McCoy / US Marshals)

The children were missing for various reasons and were recovered in multiple locations. Some could be vulnerable to abuse or neglect at home. About a quarter of them were believed to be victims of human trafficking or forced prostitution.

The operation focused on cases in northern Ohio, but at least one child was found as far away as Florida.

“Sometimes the situations they—they go to, believe it or not, may be better than the situations they left from,” U.S. Marshal Pete Elliot told Cleveland-based WOIO. “We’ve had some cases where the mother or father, or both, may have been prostituting their own child.”

More than 90 percent of missing children in the U.S. are classified as “endangered runaways,” or children under 18 who fled their homes on their own, according to the National Center for Missing and Exploited Children. But that designation also can include children who were enticed by online predators, who fled with mental health or special needs conditions, or victims escaping sex trafficking or forced prostitution at their own home.

One in six of the roughly 23,500 endangered runaways reported in 2019 were probable victims of child sex trafficking, according to the center.

Safety Net will go on for another couple of weeks, but Elliot told WOIO that due to its success, he plans to bring it back next year.

The news comes days after a different Marshals-led task force helped recover 39 missing children from multiple locations in Georgia during Operation Not Forgotten. That investigation led to nine arrests one more than two dozen charges.

The Marshals created a Missing Child Unit after the 2015 Victims of Trafficking Act, which gave the service broader authority to assist other law enforcement agencies with cases involving missing, endangered or abducted children.

Last year, the Marshals assisted in the safe recovery of almost 300 children. Since 2005, 10 years before the Victims of Trafficking Act, they’ve helped recover more than 1,800.