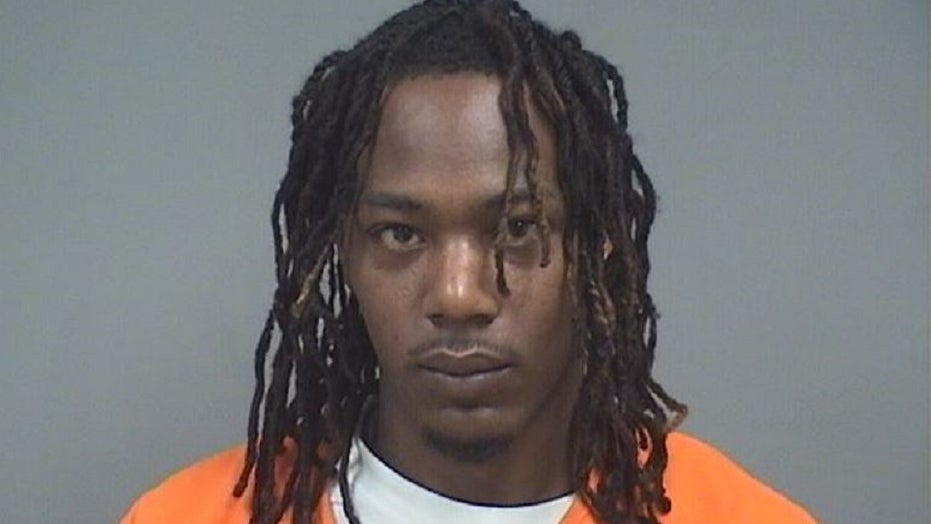 A suspect connected to a shooting that killed a 4-year-old Ohio boy and wounded four adults, including the boy's mother, was arrested Monday night, authorities told Fox News.

He is being held with no bail in the Mahoning County Jail on aggravated murder charges. Authorities said a gunman barged into a two-story home in Struthers, near the Ohio-Pennsylvania border, early Monday and opened fire in the living room.

Kimonie Bryant, 24, is charged in connection with a shooting that killed a 4-year-old boy and wounded four adults early Monday.  (Mahoning County Jail)

A 4-year-old boy, Rowan Sweeney, died at the scene. Four other victims -- Andre Stephon McCoy, 20, and Yarnell Green Jr., 30, who are both of Youngstown, and Cassandra Marsicola, 20, of Campbell and 22-year-old Alexis Schneider, the child's mother -- were injured.

One man was shot twice in the back of the head and the other was hit twice in the back. The women sustained leg wounds. Roddy described the two women as friends and said they were cooperating with investigators.

The two women were in surgery Tuesday morning, he told Fox News. An update on their conditions was not available.

The chief said the nature of the attack suggested it was not random.

"It's just a matter of piecing everything together," he said.

Neighbors reported hearing five to eight gunshots, but they did not see the gunman. On Monday, the boy's father, David Sweeney, pleaded for the suspected gunman to turn themself in.

“Whoever did this, man, just turn yourself in. Just be a man," he said. "You took my son from me. This is my baby boy. You took him because you’re sick. You can live with that for the rest of your life, but this is my baby,”